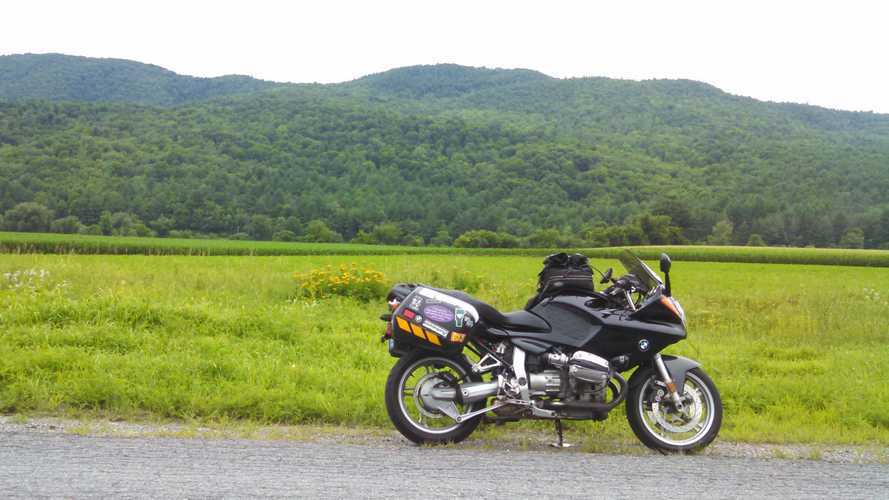 Note from the editor: Say hi to Kate, the latest addition to the RideApart team. She lives and breaths bikes and knows a thing or twenty about engines. We're sure you're going to like as much as we do! - SG

By way of introduction: I prefer to socialize with motorcycle people. Mostly because there is never a time when one will say “four? Why FOUR motorcycles?”—they know.

UP AND PERSONAL WITH THE R/A TEAM

One question that does come up repeatedly, though, when I begin to talk about these machines, is “Which one is your favorite?” I answer that question with a non-answer. “That would be admitting you love one of your children the best!” I say. I do not have children, but that response elicits a chuckle and no further inquiries.

In truth, one of my “kids” is now and always has been my favorite. I have put 63,000 miles on her (I bought the bike used; she's about to top 85K). I don’t ride her so much, or very far from home these days because she is old and I’m afraid she is not so reliable anymore.

I started out riding ~20 years ago on a small, used, gutless early-80s Suzuki GS450L. I swapped that bike for a 1985 Honda VT700C, the Reagan-tariff era shaft-drive Shadow. I was never comfortable on that cruiser and had planned to replace it with a new (‘05) V-Strom 650. However, when a friend offered up his beautiful, breathed-upon 2000 BMW R1100S for the same price as the new Suzuki, something in me could not resist, and I bought it.

Thus began a love affair that has yet to die. That bike has seen me through several relationships, has given multitudes their first ever passenger ride on a motorcycle (and inspired several to learn to ride their own), has carried me all over the Eastern US, and has gently taught me about all the quirks of 1100cc BMW oilheads. The transmission input shaft problem, the Hall-effect sensor problem, the soy-based wire insulation, the early-generation ABS. I’ve rebuilt her switchgear and her starter (the latter, annually), replaced her in-tank fuel pump and filter and HES, swapped out that input shaft. I’ve replaced her tires and brake pads and done so, so many oil changes. I can tell if she has any problem at all by the sound of her fuel pump on startup, the way she idles, the noises she makes when I am deep in the throttle, the smell of her hot pipes and exhaust.

Having had my hands deep inside any motorcycle I ride is deeply comforting; I know what I did, I know how I did it, and I can get back in there if anything else goes wrong.

I commute on a KLR 650. A Super Tenere XT12 has become my long-distance ride. A Valkyrie is my current project bike. That R11S? She is my favorite. She is my legs, my heart, my speedy soul.