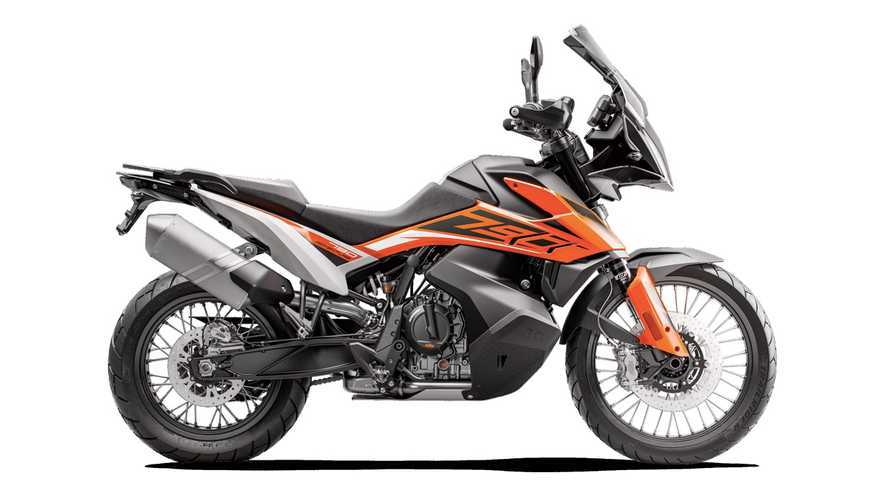 KTM seems to be thinking small by expanding its mid-size range.

KTM's plans for the future don't just include the hypothetical acquisition of Ducati. Another golden nugget of info from that same Speedweek interview is a hint at KTM's plans to expand its mid-size motorcycle lineup.

We already know about the upcoming 790 Adventure dual-sport, based on the 790 Duke. KTM CEO Stefan Pierer said in the interview that there is more to come in the 790 lineup.

"The theme is the 790 Adventure," said Pierer. "We want to sell 15,000 of them next year. The middle class is becoming more important. In this segment, we will come to other models, an SMT and so on."

"SMT" is likely code for a supermoto based on both the 790 Duke and the 790 Adventure. Such a bike would fill the dirt/pavement performance gap between those two models nicely. It would also compete against the Ducati Hypermotard 939, another indication that KTM wants a piece of Ducati's pie. KTM's small thinking doesn't stop with the 790, though.

"In the 500 cc class, we will bring a two-cylinder machine, which is manufactured by our partner Bajaj in India and with which we compete against the Japanese," said Pierer. "Growth is happening in the emerging markets today, and in these emerging markets 'premium' is the mid-range of 500 to 800 cc."

Indeed, engine displacements, in general, tend to run on the smaller side in other parts of the world. A 125 is quite common, and the 500 to 800 range that Pierer talks about is quite large by these standards, making it ripe for a premium motorcycle in these regions. It's also notable that this would pit KTM directly against Royal Enfield, bringing the fight to its home territory of India with similar bikes. India is also a growing manufacturing base for companies from all over the world.

It looks like KTM has big plans for the future. Some of those big plans may actually be quite small.