The Kirby Hoverbike Is Too Good To Be True 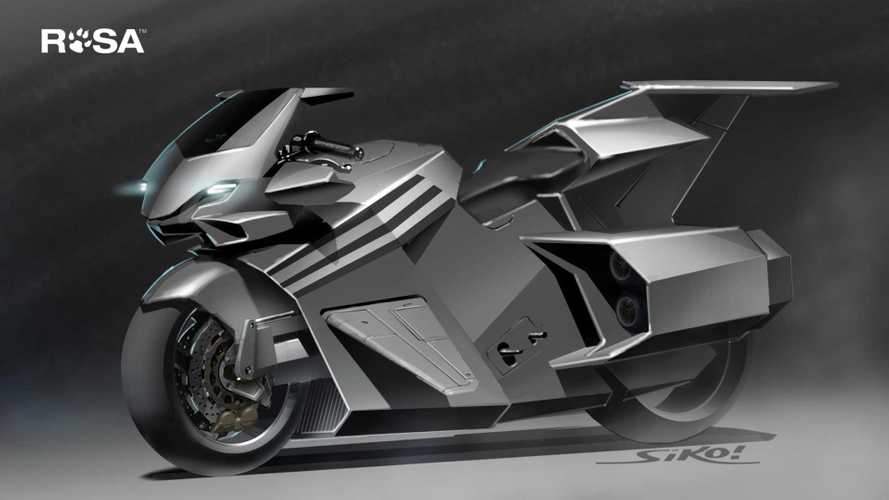 This jet-powered superbike would never be allowed on the street, or in the air.

Remember the speeder bikes from Return of the Jedi? How many of us have wanted a hovering bike to tear through Redwood forests at hundreds of miles per hour to recreate that iconic chase scene? While some people have already tried, Rosa Motor Company is promising a hoverbike that more closely resembles a jet fighter than a motorcycle.

Kirby, as Rosa calls it, will be the company's second prototype hoverbike. The first one, named Beatrice, was little more than a frame to see if the packaging would work. Kirby promises to be a fully operational prototype. It will use electric power to accelerate faster than a 1,000cc sportbike. At 35 mph, jet engines will begin spooling up. Somewhere between 75 and 90 mph, the wheels will retract into the frame, and the bike will become a low-flying aircraft capable of several hundred miles per hour. Tom Cruise, eat your heart out.

No, I'm not making this up. Check out the Kickstarter campaign for yourself.  Jet bikes are not a new concept. In fact, they're so simple that even self-admitted mechanical buffoon Jeremy Clarkson can build one.

Jets pack a lot of power into a small package. The engine on Clarkson's bicycle has a displacement of only 100cc, yet it can propel the bike to 70 mph. Of course, it will literally deafen you at the same time, but that may appeal to the "loud pipes save lives" crowd.

Let's get real, though. That noise is certain to violate any sound ordinances in existence, not to mention the eardrums of everyone in the area. The only place to legally achieve Kirby's takeoff speed of 75 to 90 mph on the street is a limited number of interstate highways. In my home of New England, there is precisely one road with a speed limit as high as 75, Interstate 95 between Old Town, Maine and the Canadian border. If takeoff speed is on the higher end of that range, the only place to lift off will be Texas Highway 130 with an 85 mph speed limit. You could probably get away with pushing it to 90.

Unclear in Rosa's description is whether Kirby would remain close to ground level, hovering just a few feet above the ground, or ascend to the sky, where it would have to contend with air traffic instead. At ground level, its claimed speeds of hundreds of miles per hour would be impossible to achieve. For one thing, speed limits still apply no matter how many wheels your vehicle has. Ask any motorcyclist who's been pulled over. For another, such speeds are completely impractical to achieve safely on a public road. You'd need reaction times better than a Formula 1 driver, and even then an oncoming car would probably turn left across your path because they legitimately wouldn't see you coming at 300 mph.

These problems can be solved by using an airport runway and taking off into the sky, but then what's the point of packaging an aircraft in a motorcycle frame? That brings up another big question: licensing. Rosa hopes make Kirby qualify as an ultralight aircraft, for which no pilot's license is necessary. This is impossible within the parameters of its design. The Federal Aviation Administration's ultralight rules specify a maximum weight of no more than 254 pounds, and a maximum speed not to exceed 55 knots, which is 63 mph. These are well below Rosa's stated design parameters for Kirby to leave the ground. Even a Cessna 172, a real aircraft for which a full pilot's license is required, has a top speed of 188 mph in level flight. Does Rosa really think the FAA would allow an even faster jet-powered flying motorcycle to qualify as an ultralight? Has Rosa even read the FAA ultralight laws, which I found online in about 30 seconds?

It makes perfect sense to pursue a hoverbike design that does not involve several propellers that are essentially human blenders at ground level for safety reasons. Rosa's Kirby promises to be just that. Unfortunately, like the Star Wars speeder bike, it will probably always remain in the realm of science fiction because it simply won't work within the constraints of real life.