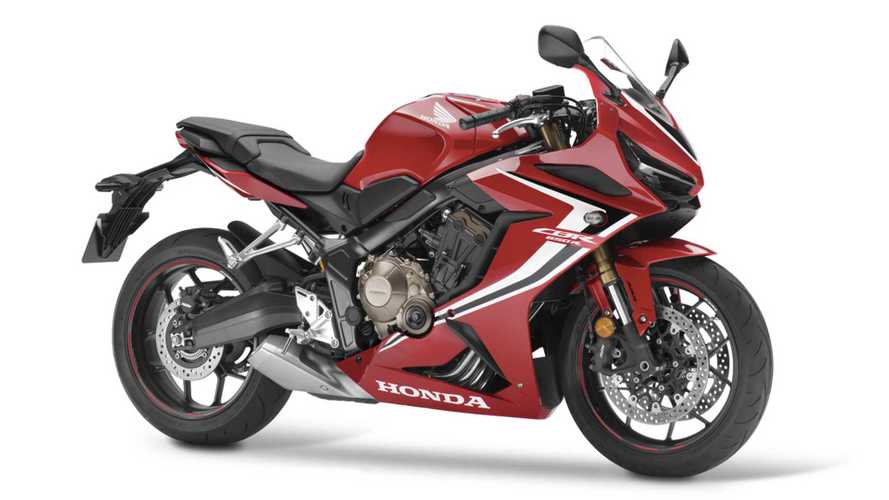 While the all-new Honda CB650R got most of the attention on the Milan stage back in November, a new CBR650R stood in its shadow, sporting a fresh new look inspired by its big brother, the CBR1000RR. The new CBR650R takes the place of the CBR650F (like the new CB650R did for the CB650F). With the new CBR, however, instead of going retro, Honda went sportier and more aggressive with performance to match. Here’s everything we know about the new 2019 Honda CBR650R.

Design-wise, Honda has trickled its “Total Control” design philosophy used on its supersport models into its 650 lineup with both the CB and CBR adopting a more aggressive look. It is most noticeable in the CBR’s fairing: the single headlight has been replaced by two cat-eye lamps. The lines are more sophisticated and the new fairing expose the main structural beam of the diamond frame, instead of stretching onto the gas tank. While there are more complexities to the lines, it also weirdly doesn’t feel as bulky as the F’s fairing. The R also receives a two-part saddle with a separate piece for the pillion which can be swapped for a cover, as well as a set of y-spoke rims.

The handlebar has been lowered slightly with a set of clip ons positioned 1.2 inches lower than on the F and Honda promises that the new silhouette will result in a more dynamic and engaging riding geometry. While the proportions have been virtually untouched, with only a tenth of an inch added here and shaved off there, the bike now tips the scale at 456 lb (458 lb with ABS), down from 465 lb (or 469 lb with ABS).

The front suspension is a 41-mm Showa inverted fork and at the back, the new R gets a Showa single adjustable shock. The front brake components have been swapped and replaced with a slightly smaller 310mm discs and four-piston Nissin calipers. The back brake set up includes a 240mm disc with a single one piston caliper.

The engine is the same 649cc, inline four as in the F, but tuned to produce more power. The updated engine now revs higher—1,000rpm more than the previous model, the redline is now sitting at 12,000rpm—and now produces 94 horsepower, up from 86. The engine is mated to a six-speed sequential gearbox with the addition in 2019 of an assist and slipper clutch.

The ABS version of the model also gets the Honda Selectable Torque Control (HSTC), which is just a fancy way of naming its traction control system which can be turned off. Pricing and availability of the 2019 Honda CBR650R and CBR650R ABS have yet to be announced.