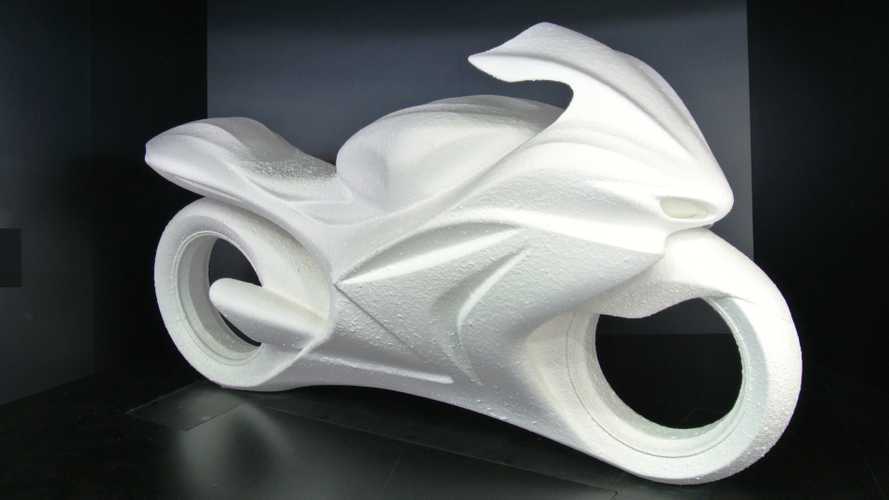 The 'Busa may just be taking a break.

The Suzuki Hayabusa, once the fastest production motorcycle in the world, is dead. Or is it? While it's a fact that production of the current model has ended due to tightening Euro 4 emission and safety regulations, there is a great deal of speculation as to whether a new version is in the works. It's nothing more than speculation at this time, but we've dug up a fair amount of evidence supporting this theory.

I'M NOT QUITE DEAD YET

We'll start with Suzuki's Concept GSX from the 2015 Tokyo Motor Show. Though little more than a silhouette, the styling is very much Hayabusa. Imagine those indentations in the nose as air scoops rather than headlights, with the traditional single stacked headlight in the middle. The seat looks like it has a rear cowl rather than space for a passenger. All in all, it looks very much like an updated, smoothed over Hayabusa. This was likely our first teaser of the third generation 'Busa in 2015.

There have been rumors of a factory forced-induction Hayabusa for some time. This makes a great deal of sense since the addition of a supercharger is how Kawasaki made the Ninja H2 so fast. Seeing as how the original Hayabusa unseated a Kawasaki as the world's fastest production motorcycle, it makes perfect sense that Suzuki would use a new Hayabusa to repeat this feat.

Last year, NDTV speculated that a turbo 'Busa would be arriving for 2019, though it did not mention anything about it being on a new platform. Autocar India also speculated on a turbo Hayabusa, as well as a potential engine displacement increase to 1,400cc. Unlike NDTV, Autocar India said that this would be a feature of the third-generation Hayabusa, along with a dual-clutch transmission that we already knew about.

Improved electronics would also be part of the package, partly to catch up with the competition, and partly to comply with new Euro 4 standards requiring anti-lock brakes and standardized onboard diagnostics. This opened the door to features like traction control, wheelie control, and multiple riding modes. Most modern sportsbikes already have these systems, but they've been absent from the Hayabusa and its essentially-20-year-old design. Retrofitting them may have been more difficult than starting with a fresh design, which could be why Suzuki opted to discontinue the current model rather than make it comply with Euro 4.

Speculation from other websites is all well and good, but the possible proof is in the patents. Here is one for an "outside air intake duct" that sucks air into the engine from the front of the motorcycle. This is the type of ram air system the Hayabusa has traditionally used. Another patent describes inflow and outflow piping to send coolant through a supercharger. This differs from the previous speculation of a turbocharger, but forced induction is forced induction, and Kawasaki must have had good reasons for choosing a supercharger over a turbo on the H2.

Of course, the systems these patents describe could certainly be applied to other models in the fleet. We described Suzuki's Recursion Concept as "turbocharging for the masses". It never went into production, but the concept looked like a well-developed, production-ready motorcycle, unlike the Concept GSX. Even as far back as 2013 when it was shown, Suzuki was seriously looking into adding forced induction to its motorcycles.

We have absolutely no proof or confirmation that the Hayabusa will come back. The preponderance of the evidence, however, seems to indicate that a return is likely. Suzuki would not have gone through all the work designing a dual-clutch transmission, a new ram air intake, and a cooling system for a motorcycle supercharger if it didn't intend to use them at some point. Although some of these patents were only published during the last month or two, Suzuki filed them in 2016, the same year that Euro 4 standards went into effect for all new motorcycles except for those that were being phased out by the end of 2018.

It's possible that a third-generation 'Busa has been under development this whole time, but has been delayed, resulting in it not being ready by the time the old model is gone. This situation has happened before, most famously with the Chevy Corvette. The introduction of the fourth-generation model was due in late 1982, but was delayed a year and went on sale as a 1984 model. This is why there were no 1983 Corvettes. (It's also why Knight Rider used a Pontiac Trans Am instead of a new Corvette as originally planned.) At least we knew that a new Corvette was coming, though. It wasn't shrouded in secrecy like a hypothetical third-generation Hayabusa is, if it exists. Perhaps we'll be writing about a big reveal sometime in the next few years. If that happens, it wouldn't be a surprise.