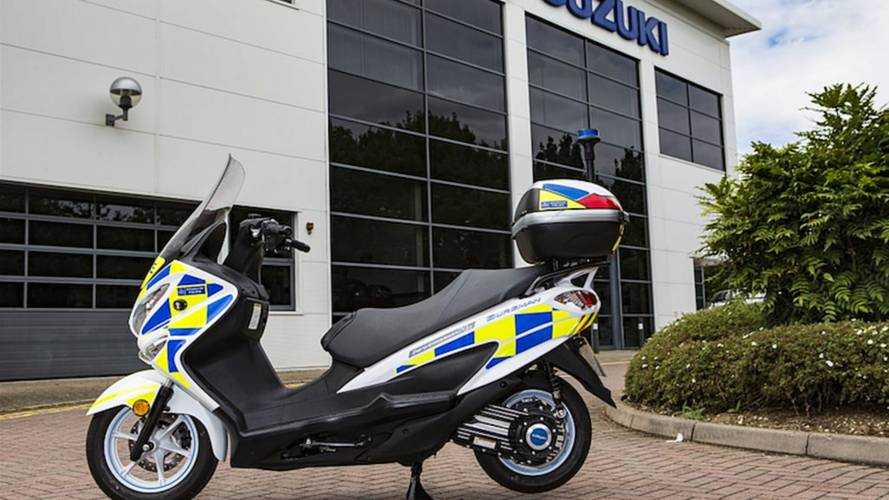 An officer is under investigation for using excessive force in ramming a 17-year-old suspect.

Recently we reported on the aggressive but effective London Metropolitan Police tactic of ramming suspects fleeing on mopeds and scooters. One officer is now under investigation for using excessive force in ramming a fleeing 17-year-old who suffered head injuries and a broken foot as a result.

OH CRIKEY, IT'S THE ROZZERS

Some politicians are taking exception to this practice. After police released a video of some of these takedowns, Diane Abbott, the Labour MP for Hackney North and Stoke Newington, spoke out against the practice on Twitter. "Knocking people off bikes is potentially very dangerous," she tweeted. "It shouldn't be legal for anyone. Police are not above the law." A bill pending in Parliament would give police immunity against potential charges stemming from "tactical contact," as they call it, but a debate on the bill has been postponed for well over a year.

This leaves the unidentified officer potentially liable for criminal charges, including actual bodily harm or grievous bodily harm, as well as dismissal from the police force. The suspect later pleaded guilty to attempted theft, interference with a vehicle, driving without a license or insurance, and dangerous driving. Even this may not necessarily justify the level of force implemented here, however.

One might imagine that British motorcyclists would be against the practice of knocking riders off their bikes, but in fact, the opposite is true. Brit bikers see a huge difference between genuine motorcycle enthusiasts and criminals who happen to use bikes as getaway vehicles and theft commodities. They strongly support police use of tactical contact to stop these miscreants who give real riders a bad name. There is even a petition by these riders to get the bill protecting law enforcement from liability passed so they will be free to keep using the practice to stop bike-based crime.

Until then, it seems that London police will have a difficult decision to make in these situations if they can be personally investigated and criminally charged for tactical contact. In addition, they need to ride a fine line in determining the greater threat to public safety. Is it more dangerous to continue a high-speed pursuit through the city, or to let the suspect go so they may strike again?