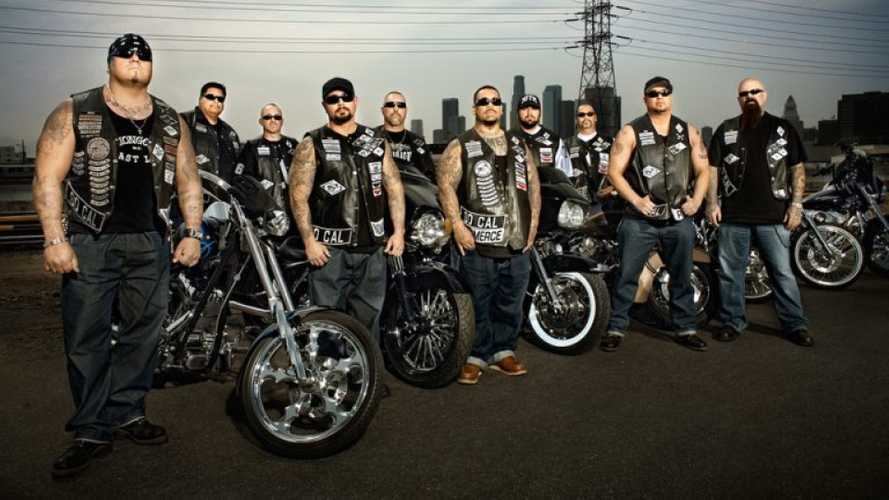 The outlaw biker gang is fighting to maintain its existence.

Biker gangs have been notorious for causing trouble for as long as they've been around, and many members have gone to jail for their crimes. California is trying to go even farther and prosecute the Mongols Motorcycle Club itself out of existence.

Like many "1%er" clubs, the Mongols have often found themselves on the wrong side of the law. The group has had a long-standing feud with the Hell's Angels. Both sides have frequently crossed the lines of the law, including the 2002 River Run Riot in Laughlin, NV that left three bikers dead. Earlier this year, nineteen members were indicted for racketeering conspiracy, murder in aid of racketeering, attempted murder, kidnapping, robbery, large-scale drug trafficking, and other crimes.

In this most recent case, prosecutors are going after the heart of the club itself. The government has classified the Mongols as a "criminal organization," rather like Nova Scotia recently did with the Bacchus Motorcycle Club. Prosecutors are taking a rather different approach to take out the club, than in the past. Rather than attempting to shut it down by legal means, they are seeking to take legal possession of the club's name, which adorns every member's patch across the country. Gangs take patches extremely seriously and will take aggressive action against anyone wearing their patch without permission. To deprive the Mongols of their patch would deprive them of their identity, effectively destroying the club.

"The brothers were accustomed to a strict disciplined, regimented program that was about honor, loyalty, respect, and camaraderie," states the Mongols website. "This made them a force to be reckoned with. There was a certain mystique about the club that the community was intrigued by. After some time, the public understood and accepted this unique American biker culture." Naturally, the website, while espousing the Mongols' toughness, makes no mention of any of the illegal activities of which they are accused.

It remains to be seen whether the government will be successful in taking forceful ownership of the Mongols' identity in retribution for their alleged crimes. Even if that happens, it's possible that the Mongols may continue their activities under a new organization.