The Held Light System Is A Bright Idea 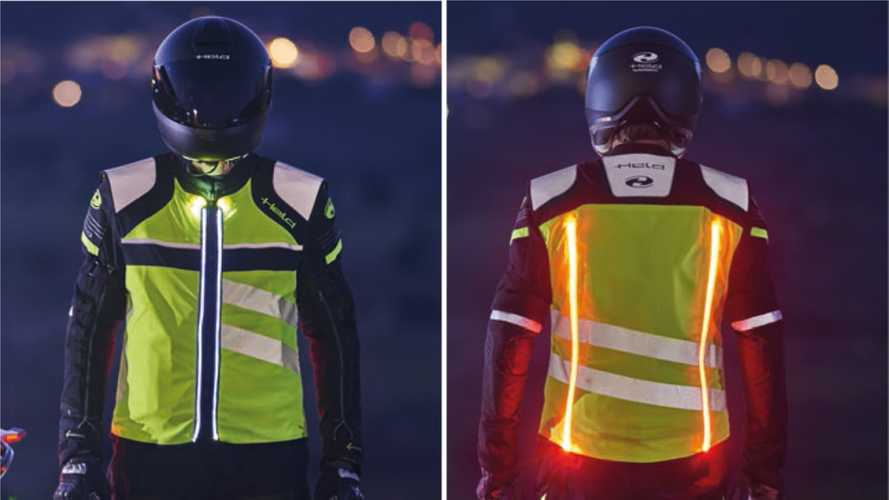 Fiberoptic strips embed in your jacket and light up your body.

You can never have too much lighting on your motorcycle, at least until your charging system can't keep up with it. That won't be a problem for the latest lighting option from Held which will light up your jacket as though you just stepped out of Tron.

BLINDED BY THE LIGHT

HLS, which stands for "Held Lighting System," consists of fiberoptic tubes that light up courtesy of Osram LEDs. They light up white in the front and red in the back, the colors other people on the road would expect to see on a motorcycle. The lights on your body will be right at the eye level of other drivers, far above your bike's stock lighting, making you much more visible than you might imagine from relatively low-powered LEDs. Power won't be an issue, either, as HLS handles that through a USB port. That means you can plug it into your bike, a cigarette lighter adapter, or an external battery pack like the ones commonly used to charge phones and other accessories. The battery option would keep the kit self-contained, with no wires stretching between you and the bike.

Held designed this system specifically to integrate with its own "LED Prepared" riding gear, including the Flashlight LED vest, the Yoshima jacket, and the top-of-the-line Atacama jacket. It wouldn't be much of a stretch to add the kit to other items, though. You can trim the fiberoptic strips to any length to make them fit a non-Held jacket, a backpack, or anything else you commonly wear while you ride. That would be good because Held gear does not appear to be available in the U.S. Still, if you really wanted to light up your life, you could probably order just the kit and adapt it to whatever you want.