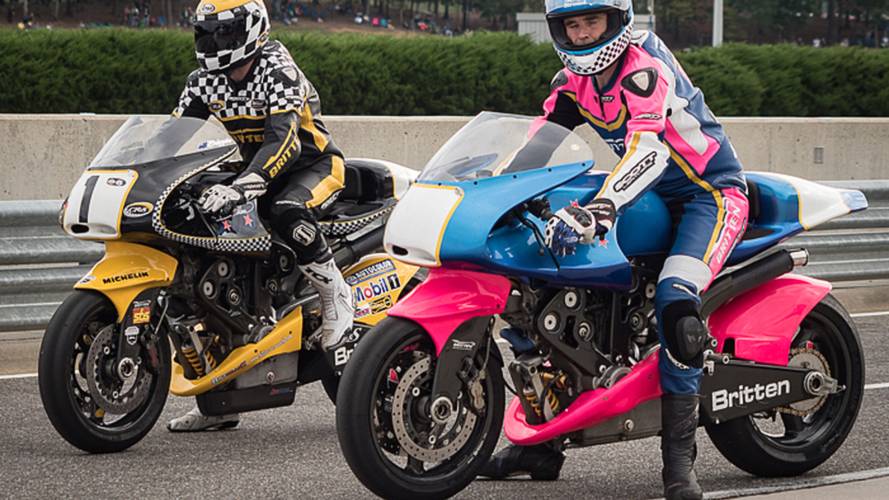 He embodied the philosophy of "If you want something done right you have to do it yourself."

Motorcycle manufacturers all have their own unique takes on the basic design of the motorcycle, but they all follow the same general formula. With the high stakes of sales and racing victories on the line, they can't afford to deviate too far from the tried and true formula that's known to work. Such was not the case for John Britten who, with no such restrictions, left "the way it's always been done" far behind and created a bike that's still a cutting-edge design 25 years later.

Britten: Thinking Outside The Box At The Isle Of Man TT

John Britten was born in Christchurch, New Zealand, in 1950. He started tinkering with wheeled machines at a young age, building go-karts out of old packing cases and tossing a random engine on it. He soon learned how to rebuild small engines and improve their performance. At age thirteen he and a friend restored an Indian Scout they found in a ditch.

Following up on his love of tinkering, Britten completed a four-year engineering course after graduating from St. Andrews College and started work with ICI, which taught him even more about mechanical engineering. He then went to Britain to work on a major highway interchange, then returned to New Zealand to design off-road equipment and heavy machinery. He also started his own hand-made glass lighting business to tickle his creative streak. Later he sold this company and joined the family business, Brittco Management Ltd., and made his fortune on a property development project that he designed.

Always needing a creative outlet, Britten began designing custom motorcycles in his spare time. After dabbling in racing in the early 1990s he found himself unhappy with his Ducati. After trying to improve the engine himself, he thought he could do better by designing a bike from the ground up. He experimented with exotic materials such as carbon fiber, which was unheard of in motorcycle applications at the time. He experimented with engine designs, much like he did on go-kart engines as a child. Since he wasn't responsible to stockholders to turn a profit, he was free to do whatever he wanted, which was to innovate. Britten was excellent at thinking outside the box, mainly because he didn't realize that a box even existed in the first place.

In 1992, he established the Britten Motorcycle Company based out of his shed. He and his small team designed and built the Britten V1000, a bike that was unlike anything the world had ever seen. Even today the bike is still cutting-edge, with a hand-built engine that doubled as a structural component, a double wishbone front suspension instead of traditional forks, and extensive use of carbon fiber. The bike was so fast it actually scared Britten, who delegated testing and racing to his professional riders. They took the bike all over the world, finishing third at the 1990 Battle of Twins in Daytona, Florida on its first outing. Britten literally took the world by storm by setting numerous records and taking victories in races all over the U.S., New Zealand, and Europe, including the Isle of Man TT. Not bad for a bike designed in a New Zealand shed, rather like fellow Kiwi Burt Munro.

Sadly, Britten's groundbreaking success was cut way too short. In 1995 Britten was diagnosed with melanomic cancer. Soon afterward he died at the age of 45. The Britten Motorcycle Company still exists, but doesn't build bikes anymore. In fact, only 10 Britten motorcycles, plus the prototype, have ever been built. Some are in museums while others are in private hands. When a V1000 rarely comes up for sale it can sell for as much as $1 million. Who knows how Britten's designs would have evolved and what unusual designs he would have come up with had he been given the chance.