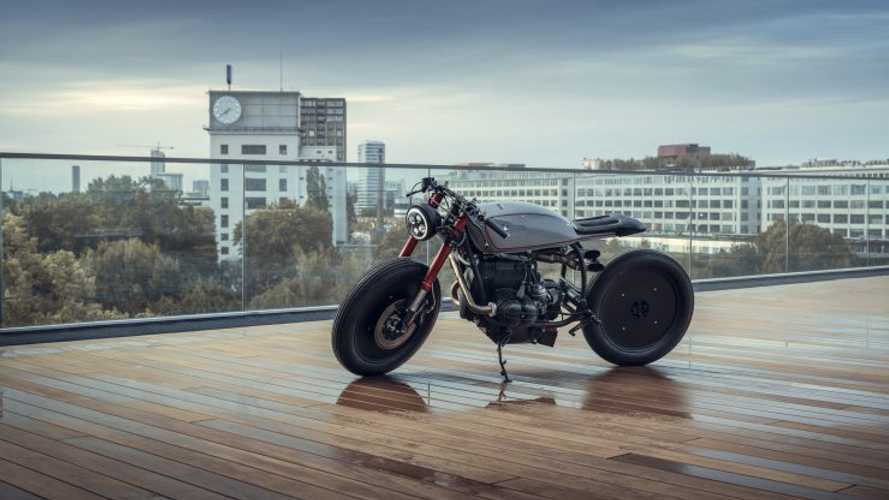 From rags to fab.

BMW’s R series has come a long way since the late 70s and early 80s! In 1982, BMW introduced the R80 RT sport tourer. The 80 was pretty much built as an R 100 RT fitted with a 797 cc mill. While the 100 flagship received the most attention, the smaller 80 quickly fell off the map, being only produced for two years and lacking in luxuries customers were looking for in tourers despite its comfortable 2-person seat and a large windscreen. 30 years later, the model makes an unlikely comeback and has received quite the makeover.

This Kit Turns A Yamaha R3 Into A Retro Cafe Racer
⠀

Ready. Set. Scrambler! Turn Your Ninja 250 To The Dust Side

With its bulky, engine-covering, quirky fairing, dorky square headlight and overall wonky silhouette, the original R80 RT isn’t what we would refer to as a sexy motorcycle. It has its charms for the history it has and its short-lived presence on the market in the 80s. Dutch custom shop Moto Adonis decided to take an unloved R80 RT under its wing and turn it into the bike it deserves to be.

The very sexy café racer you are now looking it at is the result of Moto Adonis working its magic. The team had to strip the bike down of all its components to expose the frame and the engine. A tank was sourced from a CB500, teamed with a low-profile seat, giving the café racer a particular silhouette, one that seems to float above the frame. A nicely contrasting red Suzuki GSX-R SRAD fork was added and fitted with the original brake discs and calipers, mounted to black aluminum disk wheels, likely the mod’s most striking features. The rough-looking, reworked exhaust tip has been relocated under the seat. The bike has also received clip ons and a round headlight to complete the look.

If like us you thought this Cinderella didn’t have anything going for her, we’re glad the fairy godmother proved us wrong with this blacked out, rugged-looking café racer. This BMW R80 RT will surely get double takes.