Watsonian Squire Adds A Sidecar To The Royal Enfield Himalayan 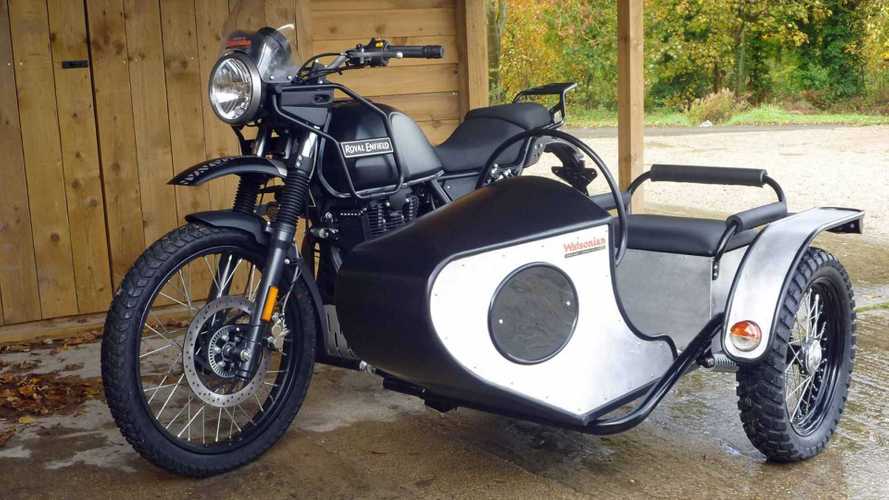 The Himalayan was a test mule for Watsonian's new International sidecar.

The philosophy of "what's old is new again" has been all over the motorcycle industry lately. The latest example of this is British sidecar manufacturer Watsonian Squire's new sidecar, the International. Developed with a Royal Enfield Himalayan test mule, the International draws inspiration from Watsonian's World War II vintage sidecar.

A SEAT FOR YOUR DOG

The company goes back all the way to World War I when it supplied ambulance sidecars to the British Army. During World War II it once again stepped up to the war effort and made its products available to the public soon afterward. After switching to mostly automotive production work in the 1960s due to the declining popularity of sidecars, Watsonian began a resurgence in the 1970s that continues to this day. Watsonian is also the company responsible for building the sidecar attached to Hagrid's flying Royal Enfield in Harry Potter and the Deathly Hallows, Part 1. (Yes, the original bike belonging to Sirius Black was a 1959 Triumph Bonneville T120, but the producers changed it for the later movie.)

Watsonian's new International sidecar draws inspiration from the company's older models rather than its newer, more aerodynamic designs. It features a fiberglass body and aluminum panels on a powder coated steel frame. Unlike most other modern sidecars that you sit inside, you sit more on top of the International. This provides a small trunk under the seat for storing cargo. A 16-inch spoked wheel, also powder coated, complete with a knobby Bridgestone Trail Wing tire on a hydraulic suspension complete the look.

Though developed using the Himalayan, the sidecar is generic and may be used with other bikes as well. Watsonian Squire expects it to go on sale next spring, with a price of £3,995 ($5,120) plus £450 ($577) for the mounting kit.