You Can 3D Print Anything, Even A Motorcycle 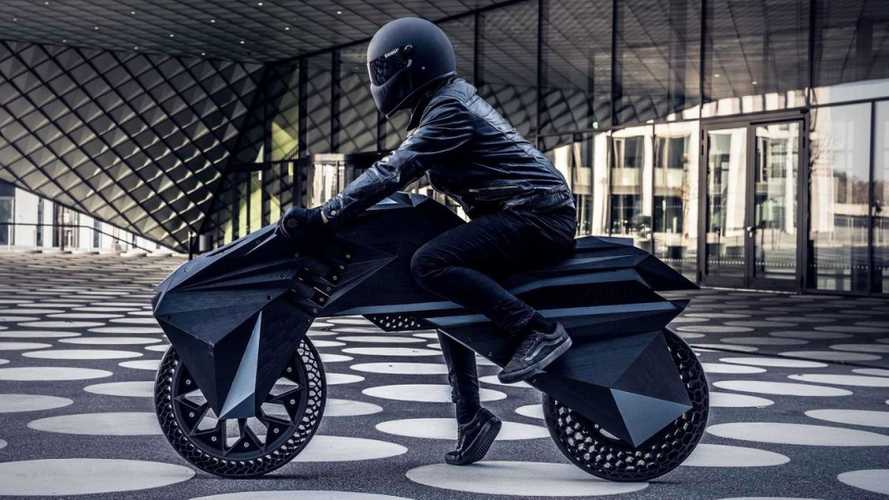 BigRep's NowLab shows that you can 3D print a motorcycle, in theory.

The proliferation of 3D printers has caused a revolution in creativity, not to mention a little controversy. If you can design it, you can create it, as long as it's made of plastic. German 3D printer manufacturer BigRep has demonstrated this yet again by printing an entire motorcycle.

A NEW KIND OF DIY

BigRep's experimental design group, NowLab, has created what it calls the NERA E-Motorcycle. The bike is electric, which simplifies production due to the parts not having to withstand the high temperatures of an internal combustion engine. Aside from the electrical system, the bike consists of just 15 3D-printed components of a rather innovative design. The motor integrates into the back wheel, while the battery sits within the body. The tires are airless, rather like the Michelin Tweel that provides a cushion for the tread with a compliant internal structure instead of air. NowLab says the NERA E-Motorcycle even uses forkless steering, though the details on this aren't clear since it appears to have a traditional, if unusually shaped, front fork.

There is one catch, however. NowLab says this is merely a "use case" example, an experiment just to see if it can be done. The average household 3D printer is no doubt too small to build components big enough for a bike. NowLab may be using a stronger plastic as well, though we don't know for sure. Still, if it's possible in a lab, it's probably only a matter of time until the technology filters down to the public. You could find a design you like online, print it yourself, and build your own bike quite easily. This could cause a number of regulatory problems, as has already happened with 3D-printed guns. How can the government regulate the safety of open-source designs that anybody can build? But in a future where 3D printing is as common as laser printing is today, anything is possible.