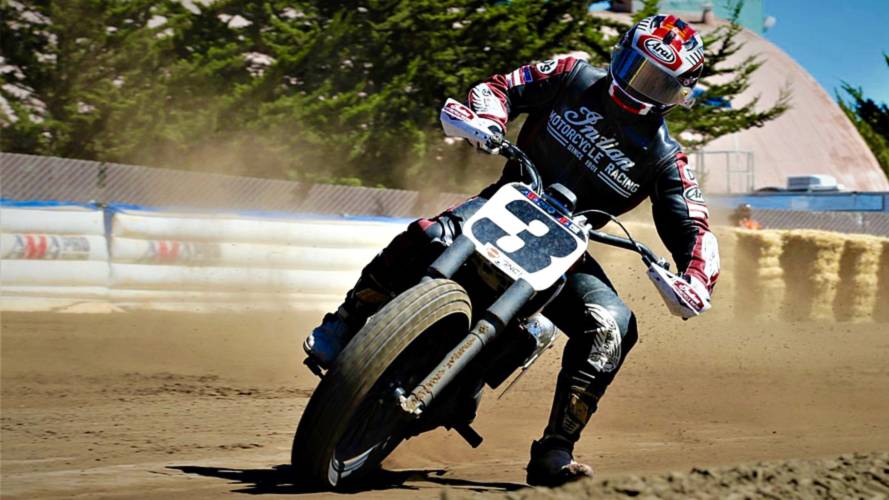 Everyone gets a larger engine and throttle body, except Indian.

American Flat Track racing has seen Indian Motorcycles' aptly named Wrecking Crew dominate the podium for the last two years. Despite AFT's explosion in popularity, it faces the real possibility of losing viewers and fans if one manufacturer continues to win all the time. To prevent this, AFT has made three significant rule changes for 2019. Two of them adversely affect Indian, and one of them has Indian downright livid.

The first change is with the spec fuel, which will be Sunoco GTX-260 instead of the current Sunoco Supreme. This is a lower octane fuel that will require engines to run lower compression, reducing horsepower. This will affect all teams, and Indian has no problem with it.

The second change allows street-legal production engines up to 900 cc rather than the current 750 cc limit. This means higher horsepower and wider torque curves, areas in which Indian has typically seen an advantage. Since Indian's FTR750 is not a production motorcycle, it would not benefit from this change, allowing competitors to use bigger engines. Despite this disadvantage, Indian has no serious objection in the interest of improving equality among manufacturers for the good of the series.

It's the third change that has Indian feeling unfairly singled out. Production engines may increase the size of their throttle bodies from 38 to 40 millimeters. Once again, Indian is exempt from this change, because the FTR750 is not a production motorcycle, while all of its competitors are and can benefit from a larger throttle body.

"We have done extensive testing in this area, and our results have shown that 40mm throttle bodies produce 20% to 22% more airflow than the 38mm throttle body," said Indian in a statement. "This is extremely significant on mile tracks where the increased air intake is maximized over the longer straights. Considering that the mile tracks are the predominant racing format in the series, this puts us at a drastic disadvantage and is detrimental to our ability to fairly compete at mile tracks."

In other words, it is one thing to encourage parity among competitors, but another thing to put Indian at what it perceives as a significant disadvantage. Rather than leading the field, Indian may find themselves fighting from behind, relying on the skills of its Wrecking Crew more than the speed of its motorcycles.

I can think of an interesting way out of this conundrum that could benefit everyone. Indian has caused quite a stir with the road-going FTR1200. The only reason I left it off the list of bikes I'm excited to see next year is because Sabrina already mentioned it. What if Indian made a production FTR750? It would capitalize on the strong interest in the FTR1200 while providing a smaller, more affordable option to consumers, again drawing on Indian's strong flat track reputation. In addition, this would allow Indian to increase the racing FTR750's displacement and use the larger throttle body in AFT. Everyone would win, especially Indian—both on the track and in the showroom.