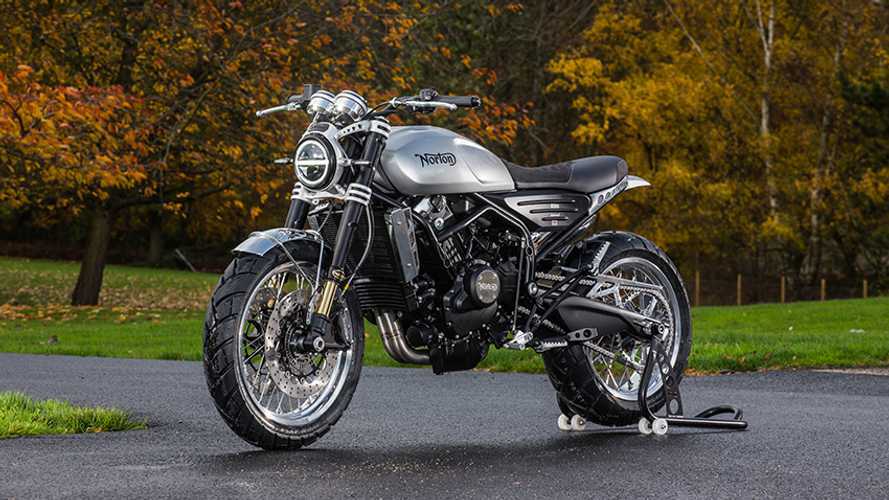 Norton has been teeter-tottering since the 1980s despite attempts at reviving the brand. Could this be Norton's time?

Norton is a company steeped in strong British motorcycle tradition. The company started in 1898.  Yes, Norton's existence has technically spanned three centuries. It boomed during World War II when it discontinued civilian production and went full speed ahead building bikes for the British military. Like American soldiers with their Harley-Davidsons, British soldiers continued their love for Nortons after the war and acquired their own in great numbers. Norton also answered the call of racing and did well with Isle of Man TT victories as well as in track racing. Norton pioneered the featherbed frame, which incorporated a soft tail rear suspension design for the first time on a Norton and provided softness like a featherbed in comparison to the old hardtails.

Norton's success continued until the 1970s when the Big Four from Japan—Suzuki, Kawasaki, Yamaha, and especially Honda—invaded the world with their popular inline-4 bikes so similar to each other that they became collectively known as the "Universal Japanese Motorcycle." British brand sales dropped, mergers happened, and rights to the Norton name were sold out to Germany and America, among others. It was a dark time for Norton. An American Norton makes about as much sense as an American James Bond, Sherlock Holmes, or Doctor Who.

The company never stopped selling British motorcycles, though. It was a time of innovation as Norton tried to find something new to effectively fight the Japanese twins and inline-4s. Norton experimented with Wankel engines, like in the Mazda RX-7, but ran into heat and reliability concerns just like Mazda and abandoned the Wankel, despite a 1992 Isle of Man TT win on a Wankel bike.

Having failed to build a profitable bike, Norton ran into even more financial trouble in the late 1990s into the 2000s, accumulating up to ₤7 million ($9,066,301) in debt. In 2008, Norton Racing Ltd. owner Stuart Garner bought the entire company, intend on turning the brand around. He moved the company to Donnington Hall in Leicestershire. He put the company back on the map with a bang by racing the Norton NRV588 to a world land speed record of 180 mph in 2009.

This success turned heads and made people take Norton seriously as a modern performance brand. Riding on its new reputation, Norton began to build limited production premium motorcycles such as the Norton V4 RR and SS. This was a true superbike, equipped with a 1,200 cc V4 engine producing 200 horsepower that could propel the 395-pound bike to speeds in excess of 200 miles per hour. This was no classic Norton Commando. Neither was its price tag of ₤28,000, or $36,422.

But the Commando would get a reboot with the Commando 961, true to the original design but with some modern updates. A 961 Sport uses the same running gear in a cafe racer, as does the Dominator naked sportbike, which also reboots a famous name from Norton's history.

Last year, Norton hinted at a move that would add a smaller 650 cc bike to the range at a lower price point to appeal to the masses. The engine is essentially Norton's already successful V4 with one of the cylinder banks removed to make it a twin. This would move the brand downscale but increase sales. After dragging out hints through early November, Norton finally revealed the Atlas 650 Ranger and Nomad. This will be no limited edition premium bike, but available on a much larger scale than any modern Norton has been. Additionally, the prices of $12,900 for the Nomad and $15,500 for the Ranger are significantly lower than other Nortons, finally placing the brand well within reach of many motorcyclists. Once again, Norton will produce a motorcycle for the masses.

Since Garner's revival of Norton, the company has not needed saving the way it did in the 1980s and 1990s. It had been getting by on its own on a small scale. Now Norton looks ready to pursue a bigger market by introducing the Atlas to a new group of would-be Norton owners. This could be the move that takes Norton mainstream, like in the good old days.