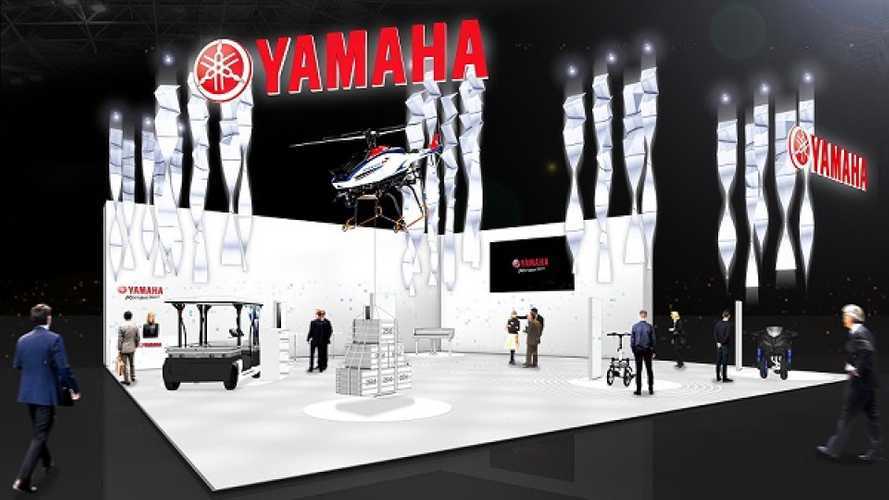 The booth will display some bikes, some electronics, and some vehicles in between.

The line between vehicles and electronics continues to get more and more blurry. For the past few years, car manufacturers have been showing off their technology at the Consumer Electronics Show, the annual showcase of bleeding edge tech. Yamaha is uniquely positioned to get in on this action, being both a motorcycle and electronics manufacturer. The company intends to leverage this capability during this coming CES in January by showing bikes, electronics, and some machines in between.

On the bike side, Yamaha will be showing off a production model of the Niken three-wheel motorcycle. We've covered this extensively, and the bike is not new to the show circuit. The choice to display the Niken at CES is an interesting one in that a lot of non-riders will see it, many of whom will appreciate the technology that goes into making a motorcycle with three wheels that still leans like a two-wheeler. Some of the non-riding public assumes that three wheels are safer than two, and may see the Niken as a way to get into motorcycling without sacrificing their perceived safety.

The Niken will also provide some perspective for Yamaha's Tritown electric stand-up scooter. It also uses three wheels, and the front suspension is identical in design to the larger Niken, allowing it to lean in the corners. It functions essentially as a three-wheeled Segway, "a short-distance mobility tool accessible to a diverse range of people, and making last-mile travel enjoyable and exciting," Yamaha says. While the Segway ended up being little more than a toy, the Tritown has better potential to fulfill the Segway's original purpose as clean short-distance transportation thanks to its better stability with three wheels. Its body hides all of its tech under a sleek design one would expect from an electronic appliance instead of a motorcycle that often leaves its components exposed. This idea should appeal to technology consumers who have no interest in motorcycles at all.

Yamaha will have some other neat vehicles on display as well. The Public Personal Mobility concept is a low-speed autonomous vehicle designed to automatically transport passengers, cargo, or even mobile sales kiosks. Yamaha even has what it calls an "unmanned helicopter" rather than a drone, thanks to its traditional design using a main rotor and tail rotor, as well as its hefty cargo capacity of 70 kilograms (154 pounds).