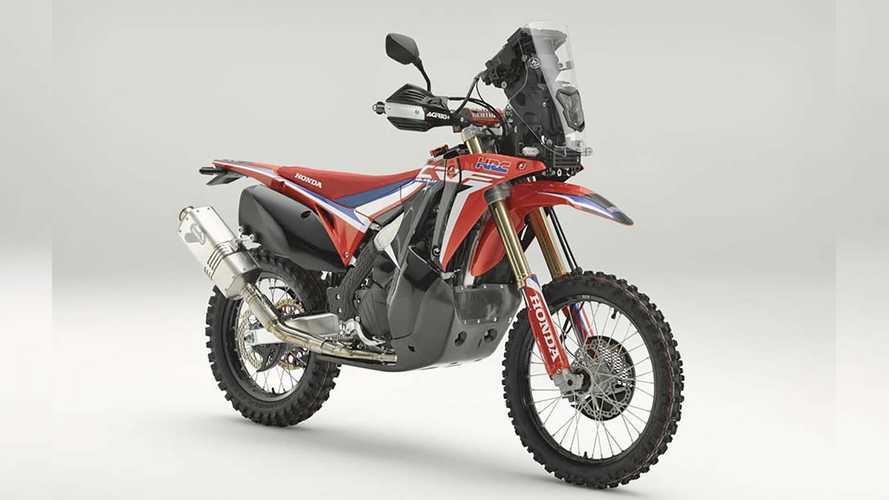 Are we happy yet?

Motorcycle customers is a tough crowd to please and whatever manufacturers come up with, we always want more! It’s the case with the Honda CRF450 Rally bike introduced by the company in 2012 destined to tackle the Dakar—people absolutely wanted one to put on the road and it looks like we’re finally getting one.

A LOT COMING OUR WAY

As soon as motorcycle enthusiasts heard “Dakar”, their ears perked up. I mean, it’s hard not to considering the rally’s epic notoriety and history. Bikes that have survived the desert-trek are the bikes we want to ride on. It makes perfect sense. So after putting the CRF450 on the desert trails, Honda offered us its little brother, the CRF250L Rally, first as a concept in 2015 and finally as a full-time member of the lineup in 2017.

Honda thought this one would be a crowd pleaser, but it wasn’t long before people stopped playing with the 250 and started asking for the fully-grown 450. With the introduction of the all-new CRF450L this year, the road-friendly version of the 450, Honda has set a solid foundation to build on. In true ninja form, despite having a full stage at EICMA, Honda discreetly showed the CRF450L Rally concept on the sidelines, the bike people have been requesting.

The Rally adds a few, well, rally-inspired features including hand guards, dual fuel tanks, skid plate, a lower-set exhaust, clear windscreen, as well as a navigation “tower” where the roadbook would usually be displayed.

The bike is only at the concept stage and if we take a page out of Honda’s book, in the chapter about the CRF250L Rally, it could be another two years of waiting before the 450 makes its way to production. Or maybe this time, the page will come from the Neo Sports Café concept chapter; from concept to production in a month.