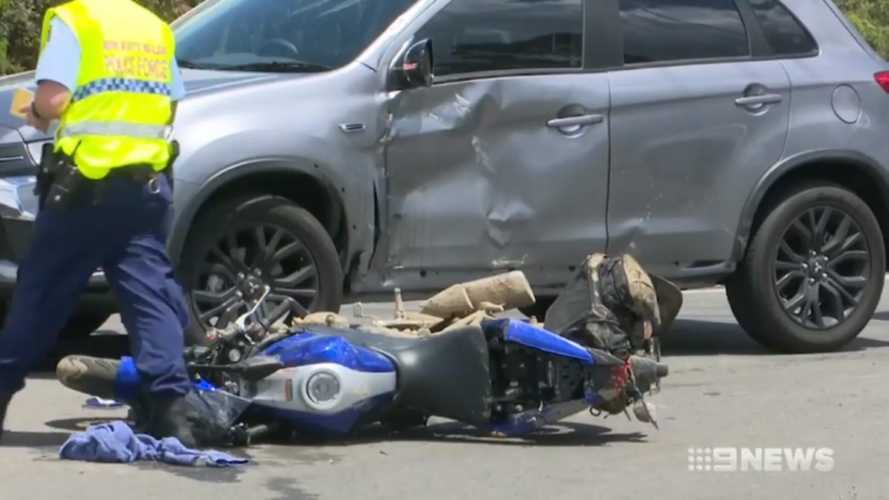 This guy's watched a few too many horror movies.

A rider in Sydney, Australia, allegedly not only fled the scene of a crash but drew inspiration from the Evil Dead movies to use a chainsaw to fight bystanders attempting to subdue him.

THIS IS MY BOOMSTICK

Watch Man Fight a Monkey for His Motorcycle
⠀

Watch Motorcyclist Fight Back Against The Law

It all started when an unidentified man in his 40s crashed into an SUV in an intersection, sustaining head injuries in the crash. Rather than remain at the scene or get treated for these injuries, He fled into a nearby hairdresser's business. There he stole a set of keys and attempted to steal a car parked outside.

Witnesses to the crash attempted to detain him, but the man fought back and managed to escape into a local residence. There he grabbed two screwdrivers and, like Bruce Campbell's portrayal of Ash Williams, a chainsaw to defend himself against further attacks. Despite the armed and dangerous rider, bystanders still managed to subdue and detain the man until police arrived. Miraculously no one was hurt. Police took the man into custody and brought him to Liverpool Hospital to treat his injuries.

Some might blame the rider's head injury for his unusual actions, but head injuries don't normally cause a radical change in behavior so quickly. Since police have not released his identity, we don't know if he was already wanted for other crimes that might have inspired his unusual response. It's rather amazing that a rider with a head injury could get up at all, let alone have the presence of mind to fight off bystanders, steal weapons, and attempt stealing a car. We also don't know if the rider may have had drugs in his system, which could numb the pain of his injuries and make him violent.

Police have not yet filed any charges against the man, but he remains in custody at the hospital. No doubt police are investigating and attempting to sort through the long list of charges they could file.