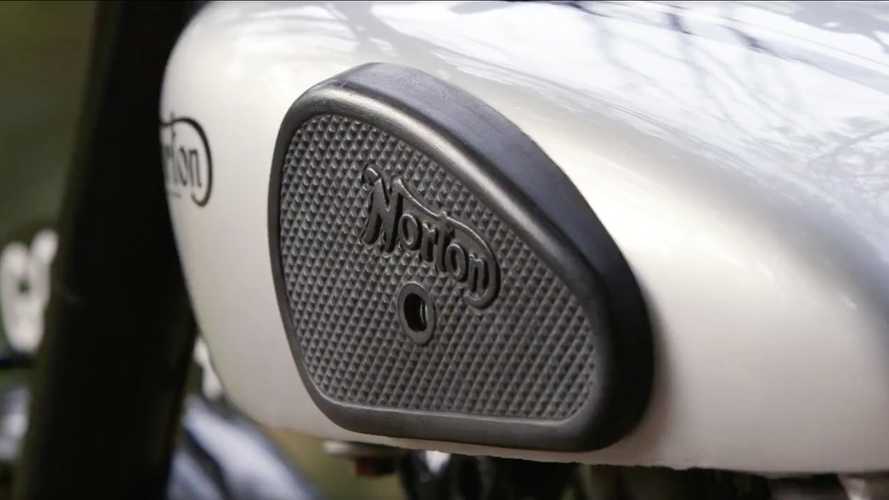 At the beginning of the month, Norton Motorcycles released a first teaser hinting at a new model coming our way. A second teaser is now up, a few days only before the model is officially unveiled, and the manufacturer has already made space for the new addition on its website, confirming that we are indeed getting the Atlas 650.

Already in the summer, renders of a new Norton design appeared online along with the promise of an exciting new 650cc mill. A first teaser looking back at the British brand’s rich history was the first clue that pointed towards an Atlas revival. This second teaser released at the end of last week gives us a first glimpse at some of the new model’s features including the gas tank design and the headlight. In case there was any subsisting doubt that the Atlas is indeed what Norton is preparing to unveil, a newly added “Norton Atlas 650” section has been added to the company’s website in anticipation of the model’s global debut on November 17, 2018.

Inspired by the original Norton Atlas, a 750cc scrambler produced from 1962 to 1968, the British company is reviving the namesake but is also bringing some off-road capability back to its lineup. The renders hinted at a scrambler-inspired model with the high-set exhaust tip, massive rear knobby tire, wide handlebar, and flat saddle. The “scrambler” nomination has been dropped from the model’s name, but there is still hope that the newcomer will be true to its legacy.

The engine is expected to be entirely new and the smallest displacement available in the recently revived company’s lineup. The 650cc engine should sport twin parallel cylinders, teamed with a 6-gear transmission and produce in the way of 70 to 90 horsepower with a possible supercharged version that will boost output to 175 hp.

Though the model’s official debut is scheduled for Saturday, it will be unveiled ahead of the Birmingham NEC on November 14.