Mondial Is Back And It's Making Some Very Cool Bikes 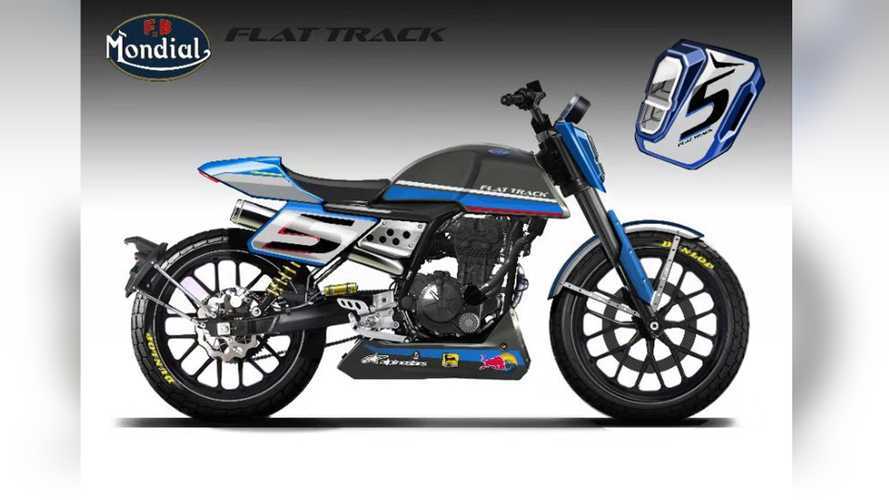 I did not know that!

Did you guys know that Mondial is making motorcycles again? It's true! Apparently, the long-dead Italian company was resurrected back in 2014 by a couple rich Italian guys and has been cranking out really cool-looking, small-displacement bikes ever since. Will wonders never cease?

You can be forgiven for not knowing about Mondial's triumphant return since, well, they're so new and only sold in Europe. Hell, I didn't even know about it until I got a press release for the company's latest bike, a machine called the FLAT that was announced at EICMA 2018.

Scheduled to drop sometime in spring of 2019, the FLAT—so called because it's inspired by flat track racers—comes in both 125cc and 300cc flavors. The engines are both water-cooled, 4-stroke, fuel-injected DOHC singles (I assume sourced from China, but I'm not entirely sure) and are mated to six-speed transmissions. They have a standard fork up front, a dual shock rear suspension, and ABS-equipped discs fore and aft. They weigh basically nothing—the big 300 clocks in at a whopping 344 pounds and the 125 is substantially lighter—and they both roll on 19-inch laced wheels wrapped in knobby rubber.

Now, I may have gotten some of that wrong due to the fact that I was working from a hilariously poorly translated press release so, you know, mea culpa. Unfortunately, the press release I got came with the render you see above, and pictures of the FLAT from EICMA are pretty thin on the ground so we'll have to make do with what we have. Sadly, chances are we won't see the FLAT over here unless some hero imports one. More's the pity, because Mondial's bikes look cool and we can always use more cool, small-displacement bikes.