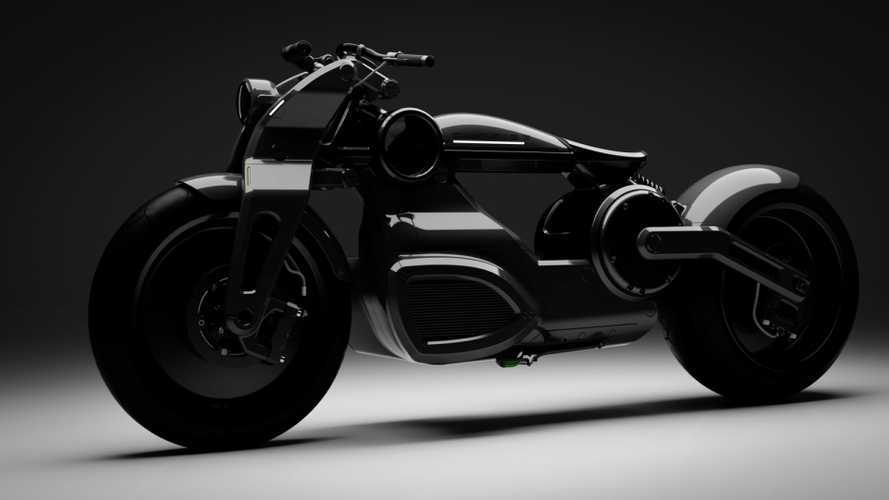 Curtiss Motorcycles introduced two supposedly production-ready electric motorcycles at EICMA based on the Zeus Concept. The Zeus Bobber has swoopy lines and curves that evoke the classic bobber design, while the Zeus Cafe Racer is all about straight lines and sharp angles in its rather different design.

THE COMPANY THAT REINVENTED ITSELF

Curtiss, formerly known by the not politically correct name Confederate Motorcycles, has completely transformed itself in the past year. It has changed not only its name but also its direction, leaving gas motorcycles in the past along with its former name and embracing the future of electric bikes in partnership with Zero. Curtiss now considers even the Zeus prototype to be obsolete and as graceful as a cinder block.

The Zeus lineup appears to have a completely different drivetrain than the prototype since the production bikes lack its big blocky body. While there are no official performance specifications yet, Curtiss is aiming for 280 miles of range, 145 pound-feet of torque, and a 0-60 mph time of 2.1 seconds with a 140-kilowatt motor.

Although Curtiss is calling these bikes production-ready, they still look like concepts and lack amenities like mirrors, license plate frames, and padded seats that are necessary on any bike intended for the street. Curtiss is still saying the Bobber and Cafe Racer will begin production in 2020, but it's unlikely that we'll get exactly the bikes we see here. I hope they're close, though.

That's around the same time we may, finally, hopefully, see the Harley-Davidson Livewire, which we have some opinions about. Compared to the Zeus twins, the Livewire looks like even more of a cinder block with a little bit of scaffolding around it. While the Curtiss bikes are aesthetically pleasing (the Bobber is more to my taste, though I appreciate both of them), the Livewire has lingered on for so long that it's fallen behind the times—one could say rather like Harley itself.