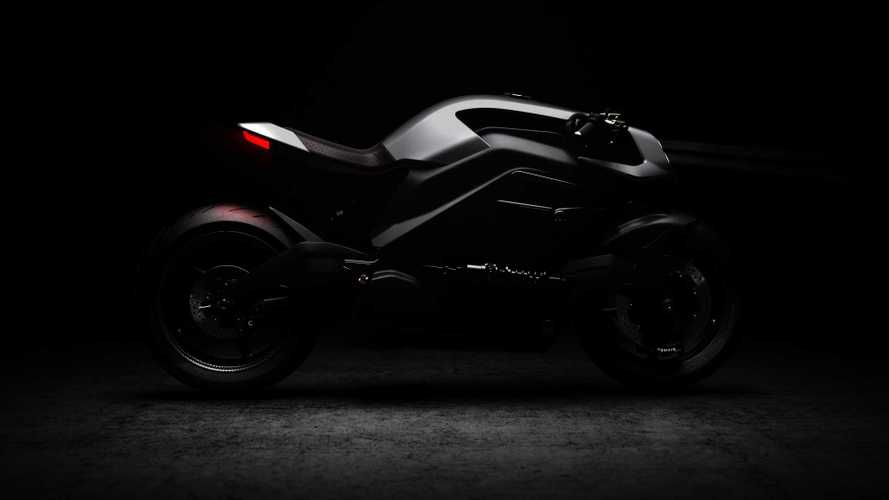 Its range and performance are impressive, but you'll pay the price for it.

Finally, Arc turned on the lights for its electric cafe racer, the Vector, at EICMA. It boasts some impressive numbers, one of which is the six-figure price tag.

Arc Continues To Tease the Vector Before EICMA

The photos are still a bit dark, but now we can finally see the Vector in its full glory. The "tank," which isn't actually a gas tank because the bike is electric, is the tallest point of the bike, with the seat and handlebars slung low. Its short rear end emulates classic cafe racer styling, but the smooth lines and curved surfaces give it a futuristic look. The Vector features a monocoque body rather than a traditional frame, which contains its motor and battery. The front suspension is particularly unique consisting of a car-like wishbone made of carbon fiber, which also integrates the front fender. More traditional top-end components, such as an Ohlins TTX suspension and Brembo Stylema calipers, make an appearance as well.

The Vector's numbers are quite impressive: 103 kilowatts (about 138 horsepower), a top speed of 200 kilometers per hour (124 miles per hour), and a 16.8-kilowatt-hour battery that charges in 30 minutes. Other numbers vary depending on whether you're looking at the website or product brochure. Its highway range is 120 miles in both, but while the brochure lists a city mileage of 200 miles, the website gives a more conservative figure of 170. The website gives an impressive 0-60 time of 2.7 seconds, but according to the brochure, it takes a more leisurely 3.1. Regardless, all of these figures are excellent for an electric motorcycle, whichever ones you believe.

As previously mentioned, the Vector also comes with its own helmet, which it calls the Zenith, and jacket, which it calls the Origin, which fully integrate with the Vector. The Zenith incorporates a multifunction heads-up display including a speedometer, navigation, and even a rear-view camera like the Skully promised. The Zenith jacket, meanwhile, not only provides the same protection as any riding jacket, it also communicates with the rider through tactile functions. Urban mode focuses on safety and alerts riders to nearby obstacles with a vibration or "tap" on the shoulder. In Sport mode, the jacket delivers information about the bike's performance and how close to the limit you are riding. Euphoric mode sends your music into your body, complete with bass thumps. I'm sure this type of feedback would take some getting used to, but once you get a feel for it (pun fully intended) I can see how it could be useful (or useless but cool, in the case of Euphoric mode), providing information without taking the rider's attention off the road.

The Vector also has one other impressive number: the price, $117,000. Only 399 Vectors will be produced during its first year. But those 399 customers are certain to receive an exclusive, high-tech, and unique ride.