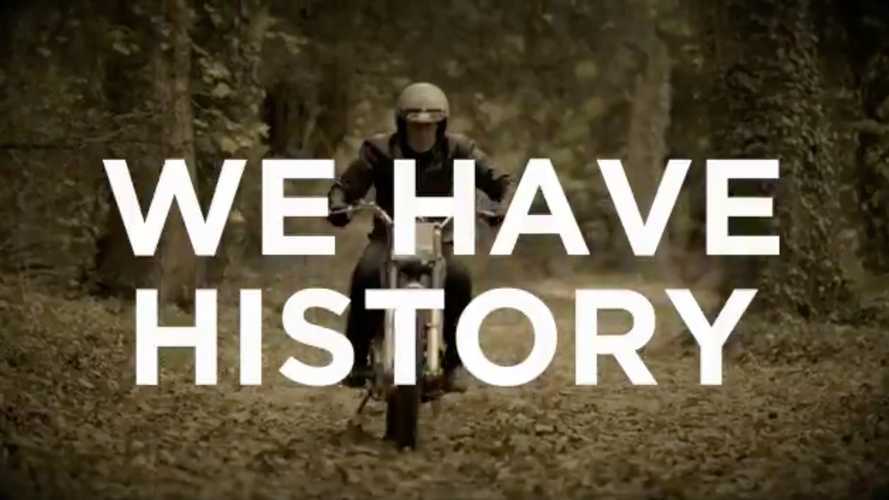 UK-based Norton Motorcycles is one of those companies whose style virtually hasn’t evolved since the 60s-70s, the golden age of motorcycles. With the exception of the recently announced V4 sportsbike that introduces new modern and radical lines to the lineup, Norton has been committed to more classic silhouettes with a series of café racer-inspired models. Earlier in the year however, Norton leaked sketches of what could be its next undertaking and a step away from the café racer to tackle another classic 70s style of bike and it looks like we’re a step closer to seeing it become reality.

THE SCRAMBLING'S ON THE WALL

Norton released a teaser indicating that there’s something new coming to its lineup. The teaser suggests that the next bike to join its lineup will be a scrambler. The video takes a look at three original Norton scramblers from the mid-20th century with their skinny frames, straight handelbars, knoby tires, and flat saddles, overlayed with the words “We Have History”.

Is Norton working on the production version of the Altas? Back in the summer, the brand released render images of the “Atlas”, a 650cc scrambler concept that got the amateurs fired up. Inspired by the brand’s original 60s Atlas and P11, the concept is a tribute to the maker’s off roading legacy and an undeniably smart move considering the fad surrounding old school dust-eaters. It is believed that the Atlas would use a downsized variation of the V4’s mill.

Considering for the past year, people have been openly speculating about Norton’s next move being the addition of a scrambler to its lineup, all the pieces of the puzzle are coming together. The manufacturer has remained tighlipped regarding the concept’s future since the renders made the tours, but I think it’s safe to assume that it is ready to sprint into action.

The marketing stunt comes in time for EICMA and though Norton hasn’t confirmed when we can expect to see the new model, there’s a possibility the company will take a trip to Italy next week.