Mama Mia, The Magni 750S Tributo Is A Spicy Meatball 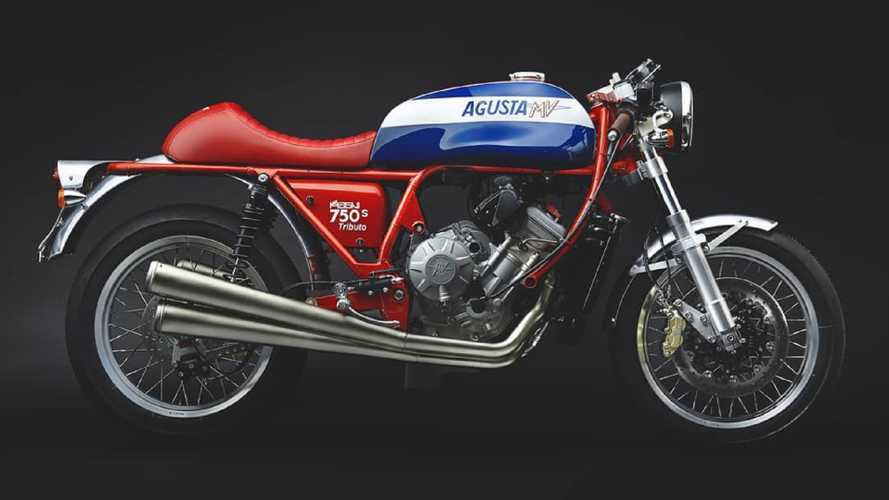 It combines modern running gear with the looks of a classic MV Agusta racer.

Retro bikes are all the rage these days, with models such as the Yamaha XSR900 and Honda CB1100 combining designs inspired by the past with technology from the present. Specialty manufacturer Magni has now jumped into the fray as well, drawing on its racing heritage with the 750 Tributo.

Magni never raced, but founder Arturo Magni was responsible for MV Agusta's racing success from the 1950s until the company withdrew from racing in 1976, and founded the company the following year. Magni has maintained a close relationship with MV Agusta over the years, producing parts for their bikes as well as creating their own models based on MV Agusta technology. Though Magni has worked with other brands like BMW, Moto Guzzi, and Suzuki, MV Agusta has remained a mainstay of Magni's business over the years.

After creating the Filo Rosso, a tribute to MV Agusta's 350 Three and 500 Three that dominated their classes in the 1960s and 1970s, Magni has introduced the 750S Tributo based on the MV Agusta 750 Sport of the early 1970s. Wearing the same red, white, and blue color scheme as the classic bike, the 750S Tributo uses the modern MV Agusta 800cc engine from the Brutale, generating 110 horsepower. The suspension looks old-school but is a modern adjustable design by Oram. Brembo brakes haul the bike to stop as well as any modern sportbike. Custom 18-inch wire wheels, a triple megaphone exhaust reminiscent of the original model, and classic rubber handlebar grips complete the look.

The Magni 750S Tributo takes the modern retro bike trend to the next level. Not only is it a replica of a famous model from days gone by, it's also a modern equivalent, essentially what they would have built if today's parts had been available back then.