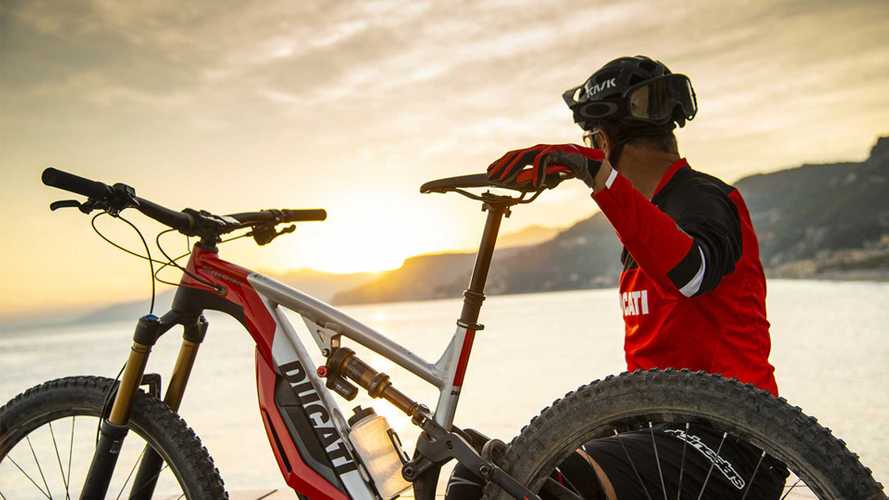 Ducati plans on showing its 2019 lineup on Sunday, November 4, 2018, ahead of EICMA with little to no indications as to what we can expect. As though to feed us a little something to help us wait until then, the brand has unveiled its first electric bike. This e-bike doesn’t have a Testastretta but does have shiny pedals and a 0.33hp electric motor.

Ducati To Unveil Full 2019 Line Up Ahead of EICMA
⠀

Against all expectations, it looks like Ducati has been working on a little something electric—a mountain bicycle that is. The MIG-RR is the result of the Italian maker’s collaboration with Thok Ebikes and is inspired by BMX and Downhill champion Stefano Migliorini, a different kind of sport on two wheels than what we’re used to seeing from the brand. According to Ducati, electric motorcycles isn’t the only segment booming at the moment—electric bicycles are as well which prompted the company to take its share of the baking cake.

The MIG-RR is an offshoot of Thok Ebikes’ existing MIG e-bikes series with an undeniable Ducati flavor. The two wheels on the mountain e-bike are of a different diameter and the FOX Factory Kashima suspension at the front and the back have a different setup with different travel lengths. The electric motor, positioned underneath the downtube of the frame to centralize the weight is a 250 Watts, 51 lb-ft of torque  Shimano Steps E8000 unit paired with a 504 Wh battery.

Is the decision to launch the MIG-RR ahead of the motorcycle lineup is meant as a treat to keep us waiting or should we read into the symbology of the marketing stunt and assume the e-bike isn’t the only electric addition to the rosso portfolio? It’s only speculation, and though the brand is very clearly performance oriented and probably doesn’t have the sales volume to justify the addition of an electric model, it’s a fun thing to consider.

Think about it: an electric Ducati with all of the fun and power and none of the emissions. If anything, this just made me slightly more interested in what Ducati will unveil on Sunday. Until then, we know for sure the Ducati MIG-RR will officially debut on the 4th and will be available in European dealers in the spring.