How Do You Turn A BMW G650X Into Artwork? Sink it! 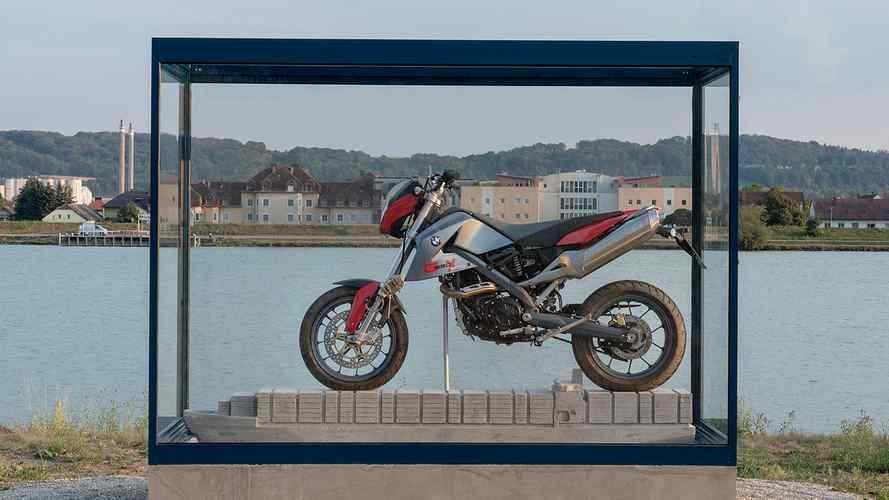 Do you remember the BMW G650X? The dual sport series made a short-lived incursion on the market in the late 2000s and received overall positive reviews. Sales failed to show the same enthusiasm and the model was discontinued after only five years on the market. The G650X is making a comeback, however, not as a returning addition to the BMW family but as a work of art. How do you turn a mass-produced, not-so-special bike into art? You drop it in the sea.

ART IN ALL FORMS

Drab to Fab: Watch A Moped Build Itself Into A Cafe Racer

On January 18, 2007, cargo ship MSC Napoli beached off the coast of Branscombe, England. The ship in difficulty due to bad weather was deliberately beached to avoid the products it transported to spill in the event of a wreck. Shipments of motorcycles met their end in the process, falling in the waters of the English Channel, seventeen of which washed ashore in a container. It didn’t take long for scavengers to take advantage of the situation.

Trio Jack, Tim, and Jamie were among the witnesses of the shipwreck and ensuing beach treasure hunt. One of the containers that had made its way to the Branscombe beach contained a dozen motorcycles. The three friends got their hands on a then-brand-new BMW G650X.

All the bikes found unsuspected owners on that day, which prompted BMW to offer a reward for the return of the “stolen” motorcycles. The trio refused to return its bounty, considering it a payment for cleaning the beach. BMW took legal actions to recover what it considered to be stolen property.

After two years, however, BMW dropped the charges, relinquishing its ownership of the G650X. The bike spent the following decade in storage with not a mile to the odometer, cherished by the three friends as a souvenir of a strange day on the Branscombe beach.

In April 2018, artist Christian Kosmas Mayer, fascinated by the story of the MSC Napoli, traced the looters and bought the pristine motorcycle from them. The G650X now stands on a cement MSC Napoli pedestal in a glass case on the shores of the Danube, in Austria as a permanent sculpture. A commemorative plate inscribed with the motorcycle’s journey has been placed where the license plate normally would have been displayed. And this is how something as ordinary as a motorcycle becomes extraordinary.