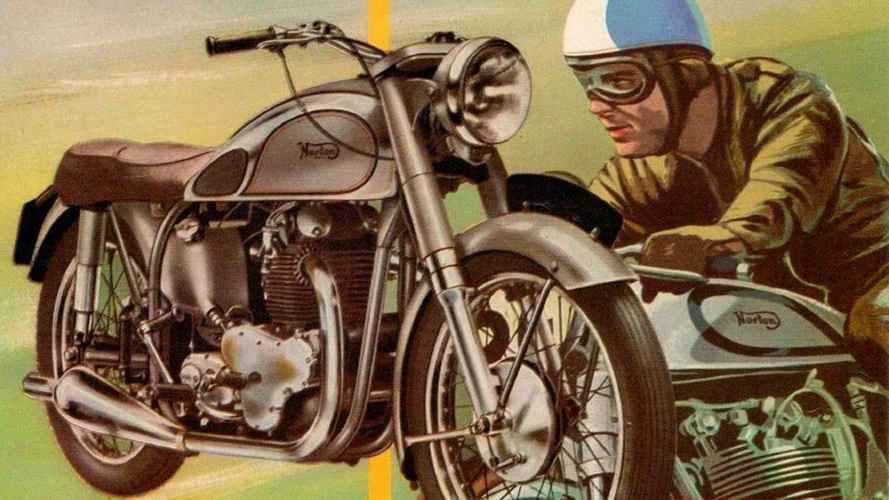 A man ahead of his time

The name Rex McCandless isn't exactly a household name, but he played a key role in influencing motorcycle design into what it is today. He was honored on October 25, 2018, with a Blue Plaque, a U.K. award that doubles as a historical marker, in this case at the engineering firm that bears his name in Belfast, Northern Ireland.

McCandless was an accomplished motorcycle racer as well as an engineer. After getting his start by modifying a 1923 Raleigh motorcycle his aunt gave him as a teen, he started racing and won the 500 Road Race Championship at Phoenix Park in 1940. After working on aircraft during World War II, McCandless founded an engineering firm with his brother Cromie to repair vehicles for the Ministry of Supply. After the war he turned his attention back to motorcycles.

In 1949 McCandless designed an innovative new motorcycle frame. Contemporary frames were essentially oversized bicycles, but McCandless' frame was stiffer and thicker. Rather than hardtail, the back wheel was attached to a swingarm, which itself was suspended with vertical hydraulic shock absorbers from a Citroen car. This provided suspension for the back wheel as well as the front, providing superior comfort and control for the rider.

Although McCandless experimented on a Triumph Tiger 100, it was Norton that hired him to work on and refine the design for them. The design was a resounding success as Harold Daniell won the Isle of Man TT and other races. It was Daniell who called the design "the featherbed," which is what the bike felt like to him as compared to other bikes of the time.

Norton asked McCandless to work for them exclusively, but he preferred to remain independent and free to pursue his own projects. In 1950 he turned his attention to four wheels, teaming up with Harry Ferguson, famous for the development of the modern tractor and four-wheel-drive systems in cars and trucks. Ferguson, too, wanted to hire McCandless exclusively, but he declined.

Not satisfied with staying on the ground, McCandless learned to fly, then developed the McCandless Autogyro, which differs from a helicopter in that it has not only a main rotor for lift but also a propeller to push it along. One of these was prominently featured as "Little Nellie" in the James Bond movie You Only Live Twice.

McCandless died in 1992 at the age of 77. His contributions to the designs of many vehicles, particularly motorcycles, live on and remain in wide use to this day.