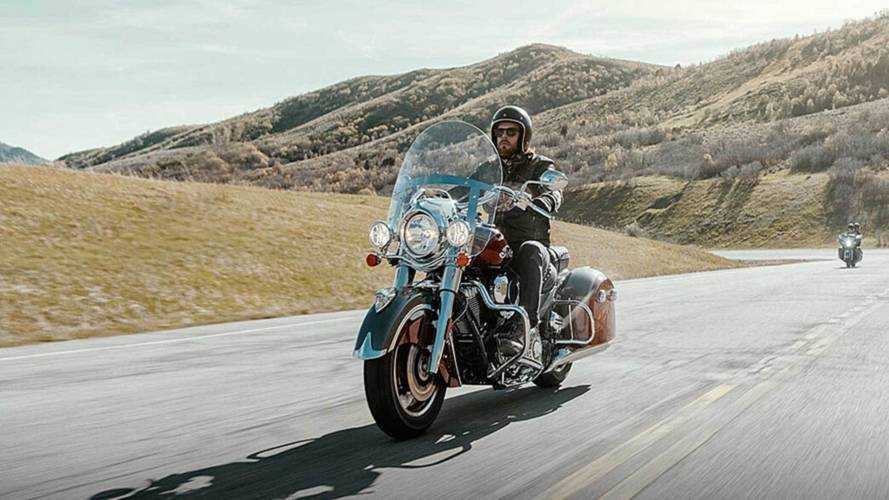 Some Harley-Davidson owners appear to be heeding President Trump's call for a boycott on the company, trading their Hogs for Indians instead.

THIS ISN'T HOW ANY OF THIS WORKS

After implementing tariffs of 10 percent for imported aluminum and 25 percent for imported steel earlier this year, other countries have made their own retaliatory tariffs against us, some specifically targeting Harley-Davidson. As a result, H-D decided to move some production overseas to bypass the tariffs against American-made motorcycles and maintain strong sales in Europe. All Harleys sold in America would still be built in America, because America.

President Trump doesn't see it that way. Rather than protecting the international interests of an American business, Trump sees this as "a really bad move." He supports a boycott of Harley-Davidson, which certainly won't help the American business.

Three months later, Indian Motorcycle dealers are reporting an "uptick" in Harley-Davidson trade-ins on new Indians. Exact numbers weren't provided in the BMO Capital Markets survey, but it seems that at least some Harley owners are even more loyal to the President than to the brand.

Indeed, when CNN visited Sturgis this year, they found that rather than a gathering of blue-collar bikers, attendees came from more affluent backgrounds, many of whom are strong supporters of Trump. Not everyone at Sturgis agrees, but while Sturgis wasn't exactly a Trump rally it was certainly a stronghold of Trump supporters.

With another option available for an American-made motorcycle, Indian stands to profit from this shift, despite considering overseas production themselves. Indian held around 7 percent market share in the U.S. during the second quarter of the year, before Trump's calls for action against Harley, which held just under half of the market share. With third-quarter reports due out soon, it will be interesting to see if Indian's market share has risen against Harley in the aftermath.