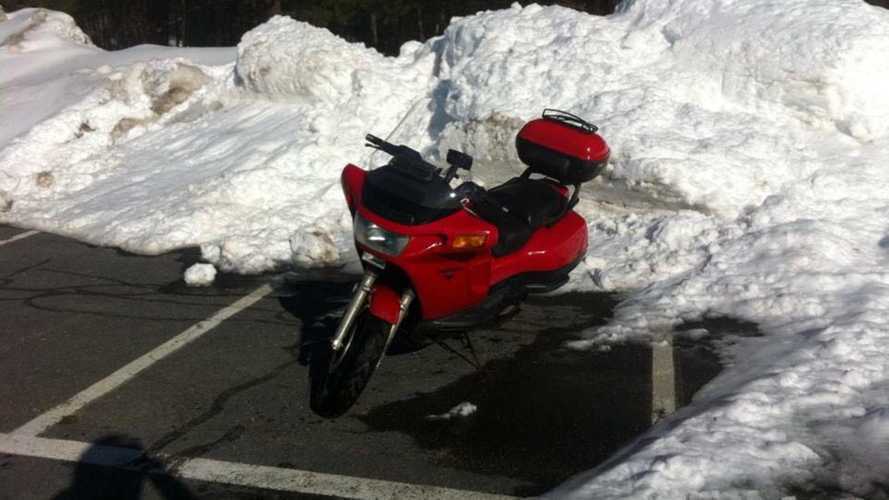 Brace yourself: winter is coming

This is my first winter and I don't have a shop, only an unheated garage, and the tools that came with my bike (and maybe a couple in my house somewhere). What is the bare minimum I should do to prepare my bike for the off-season?

If you live in the frozen north like me, temperatures are already dropping, and before long there will be snow on the ground. Some hardcore riders don't care and keep riding year round. We don't recommend it, but if you're one of those, I salute you (I used to be, but I don't have to prove how hard I am anymore -JM). That's not me. I don't like the cold, so I put my bikes away while the snow is on the ground and the bike-eating salt is on the road.

How To Layer for Warmth – Winter Motorcycle Gear Made Easy

Winter preparation is a highly contentious subject, almost as much as what kind of oil you should use. We've written about this before, and I'm going to contradict much of this advice, mostly because I'm lazy and this is what I do for my own bikes.

I'm fortunate enough to have a big garage with room for all three of our bikes and two cars. This takes care of keeping the bikes out of the weather and the worst of the cold. To me, the most important thing to do is add fuel stabilizer such as Sta-Bil to the gas tank, especially on bikes with carburetors. Modern gas is full of ethanol (unless you're lucky enough to find ethanol-free where you live), which breaks down and gunks up all those little jets and ports. Standard Sta-Bil is fine, but I like the marine grade because it's even better at soaking up moisture in the tank. It's cheap enough that I'd recommend using it on fuel injected bikes as well, just to be safe. Otherwise, come spring, your bike may run poorly and you'll find yourself cleaning or replacing parts instead of enjoying those first warm days on the road.

That's all I do. Many people plug their bikes into a battery tender, which keeps the bike charged up through the winter months. If you have power in your garage this is smart to do, and battery tenders are cheap. Personally, I haven't had any problems with weak batteries in the spring, but there's nothing wrong with doing this. You might also consider disconnecting the battery to avoid any chance of the bike slowly draining it over the winter.

If you don't have an indoor place to park your bike, definitely remove the battery and take it inside. Cold kills batteries. My garage isn't heated but it stays warm enough that this isn't a problem. If the bike is outside and suffers the full wrath of winter, bring the battery inside or else you'll be buying a new one in the spring. You can use a tender with the battery out of the bike if you want to.

You'll want to cover the bike as well. Cheap bike covers will self-destruct under the weight of snow, even if you clear it off as soon as the storm is over, so buy a good one. You can also use a tarp, but it may flap in the wind and damage your paint. Either way, make sure what you use to cover your bike is tightly secured and doesn't flap.

Some recommend overinflating your tires or putting the bike on a stand to avoid flat spots. There's nothing wrong with this, but I've never had a problem. Similarly, some say to change your oil at the beginning and end of winter. I don't bother and haven't had issues.

This is only what I do, and don't do. I don't claim this to be The One Right Way™ to prepare your bike for winter. It's just what works for me.