Scotland Gets Strict With Bike Thieves 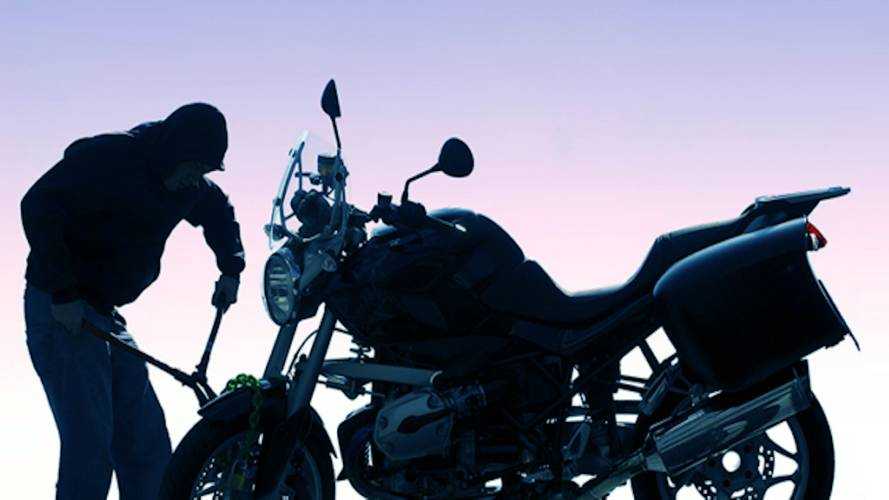 Last summer, someone stole the license plate off my bike. I thought that was bad until, mere days later, a friend's Monster was taken from in front of her building. Then, this summer, someone stole a friend’s bike out of her locked garage—broke in through the side door in the middle of the night. And then another, from the driveway during dinner, and that KTM outside her motel room, and, and, and…. Really?!  Stealing a person's motorcycle is the WORST!

Turns out Scotland has been dealing with a huge number of missing motorcycles for years, especially Edinburgh. In response, the municipality decided to take action.

Take it from Chief Inspector Gill Geany, who has oversight for Operation Orbit.

"We have stated time and time again that the theft of motorcycles and their use in other criminal activity will absolutely not be tolerated and through both Operation Orbit, and Operation Soteria, we have a range of resources and tactics at our disposal to target offenders.” Included within the strategies are “DNA tagging spray and deployment of off-road motorcycles”.

It's worked. Between April 1 and September 1, incidences of motorcycle theft in the area went down 60 percent. That percentage drop represents not only 278 fewer actual offenses, but also 346 fewer “motorcycle anti-social behavior” calls. You know, things like wheelies, burn-outs, speeding, revving, oh, and…running over cats. (That’s actually a thing!)

Turns out that reducing the number of thefts took care of another societal ill since most of the rowdies who were causing two-wheel trouble were doing so on ‘borrowed’ bikes.

"By working in partnership with the City of Edinburgh Council we have created a range of preventative activity and robust enforcement to tackle this challenging issue." said Chief Superintendent Gareth Blair, of Police Scotland, a statement which echoed that of CI Gill Geany.

"I want to make it clear that Edinburgh will not be a soft target for such offenses and we will continue to work with colleagues across the Force, relevant partner agencies and our local communities to bring those responsible to justice."