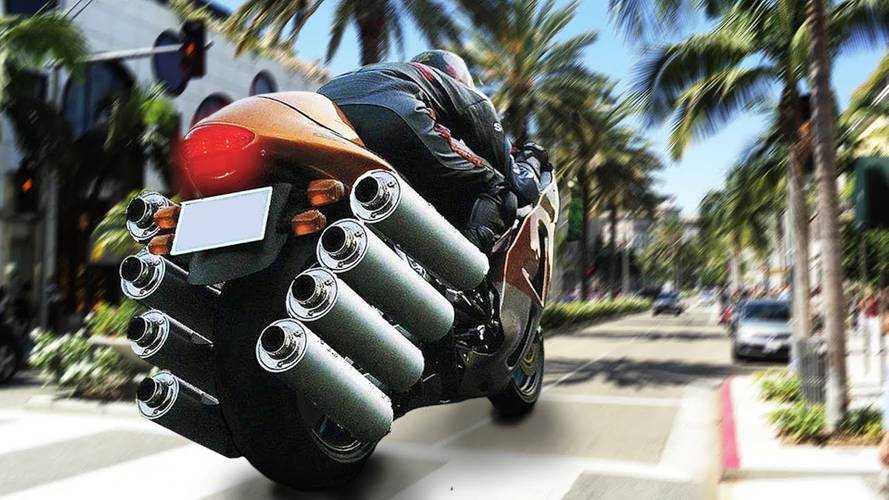 Is that new slip-on or full exhaust system doing more harm that good?

“Hi RA. I recently bought a new-to-me motorcycle that has a shortie exhaust. The sound is wild and it looks amazing with all the other modifications, but I’m not sure it’s helping the performance. What do you think?”

First of all, let’s talk about what the exhaust system does.

The Best Motorcycle Exhaust Ever?

Does your new exhaust system actually improve your motorcycle’s performance?

For starters, it depends on whether you get a slip on or a full exhaust system. Usually, aftermarket systems tend to weigh less than their OEM counterparts. The first is less likely to make a difference, despite what the marketing says since those results are gained from using higher-octane fuel and having the bike professionally tuned. The latter costs a lot more but is more likely to have an effect because the size and shape of the header pipes and their configuration can create a less restrictive path for the expelled gases.

Either way, swapping out OEM parts for aftermarket parts does change things. The question is whether it’s a) good or bad and b) makes enough of a difference to bother.

The short answer? a) depends, b) not much/enough for your average rider.

Love that new backfiring you hear when you’re decelerating? Could be a sign that your engine is now running a bit too lean. While you might think that sounds great and might seem to be positively affecting the overall performance of your bike, it can also result in severe over-heating of your engine.

There’s also the very real risk that your motorcycle will no longer pass an emissions test, not to mention that it is more likely to attract the attention of the wrong crowd—the kind that drives cars with flashing lights.

Even if your bike is fuel-injected and has an oxygen sensor, invest in having the fuel map re-tuned. No point in having the components installed if they aren’t working together with your engine to improve your riding experience.

Is it worth it? Again. It depends.

If you can increase the gas mileage of your machine while at the same time improving performance and cutting down on sound, it’s a win. However, there’s a greater likelihood that you’ll transform a perfectly planned power plant into an underperforming and possibly volatile vehicle, especially if you decide to save money and do the job yourself.

There’s plenty of information to help guide your decision, much of which will remind you to buy the best and then get it tuned and tested, which “sounds” like a pretty good idea. That, or you could consider that all the engineers might have assembled the best possible bike so you only need to enjoy the ride.