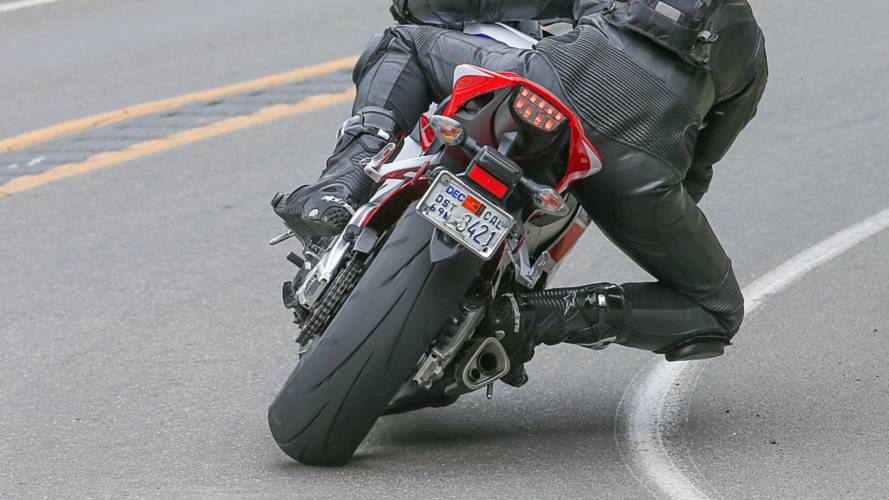 You spent good money for more grip, but wait, they're slippery to start?!

I bought new tires for a used CBR250 I recently picked up and with the new rubber, I feel the bike's a bit tippy... plus I keep hearing about this thing called "release compound". What is it? Should I be worried?

What is “Release Compound”?

When you grease a cake pan (apologies if that just made you hungry), it isn’t just so that it’ll slide nicely out onto your platter, it’s also so that the glorious batter will flow easily into all the nooks and crannies of the mold.

How To: Choose New Tires

Tires are the same. The rubber needs to flow perfectly and accurately into all the little crevices that give tires their unique and important tread and manufacturer information. Slight deviations need not apply.

Formerly, this was achieved by spraying the entire mold with releasing compound which, true to its purpose, was a bit slick. Now modern molds are made of non-stick materials or are built in such a way that the solution is no longer required. “This doesn’t mean that you’re out of the woods with new tires,” explains parts e-tailer BikeBandit.com, “because there are still plenty of oils and other chemicals in the rubber compound that need to be released in order to get the maximum traction out of your tires.”

The tire aficionados over at Tire Rack are more comprehensive: "Tires are comprised of many layers of rubber, steel and fabric. Due to these different components, your new tires require a break-in period to ensure that they deliver their normal ride quality and maximum performance.” They also go on to say that as the rubber warms, the various components begin working together.

5 Things You Need To Know About Motorcycle Tire Pressure

The Best Tires for Street-Going Sportbikes

Believe In The Traction

I called Rob Egan of Brooklin Cycle Racing in Pickering, Ontario for the most up-to-date information. Among many other responsibilities Egan preps and dyno-tunes race bikes for the track as well as assembling, doing Pre-Delivery Inspections (PDI), and dyno break-ins of new bikes for manufacturer demo tours.

Egan contacted Dunlop, Metz and Pirelli who confirmed that they don’t use release compounds anymore because they have multi-piece molds (though they also let him know that some factories that use older molds may still need to use the compound.) Egan also mentioned, there is no more “scrubbing in” period for racers who instead use tire-warmers to get the rubber up to temperature before blazing past the competition.

Normal road bike tires are different. They are designed to use surface friction and sometimes a silica compound to ensure there is plenty of traction.

The most likely reason why your recently installed set of treads feel tippy is that they are not as worn flat. So basically, the reason why swapped out your old for your new, is also the reason why you’re feeling the ‘squirm’—because you’re riding on a smaller surface area.

So, take the time to make sure your new rubber is inflated right and then proceed with caution for the first few hundred miles (one source even suggested 500). If you’re still worried, stop by your local mechanic. I doubt they’ll charge you to put your mind at ease so you can put your throttle to good use!