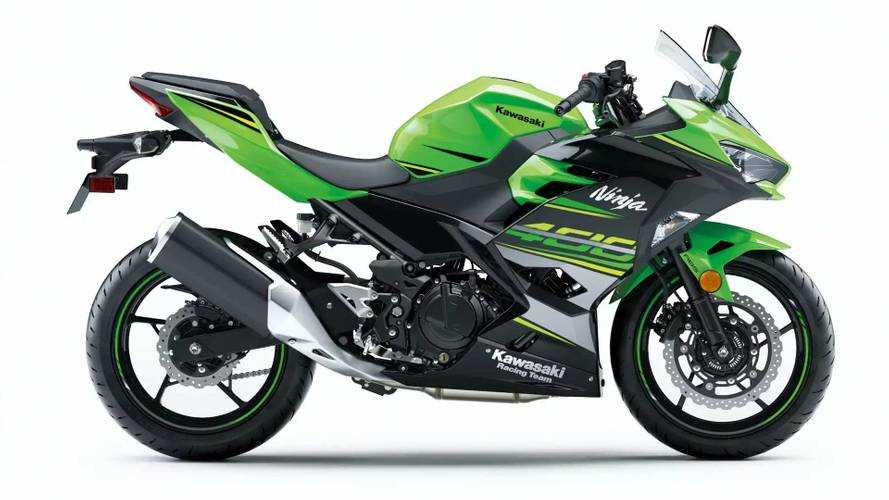 Wait, green bikes are unlucky? Has anyone told Kawasaki?

I've been looking for a new bike recently and I really like the Ninja 400. Someone recently tried to warn me off the Ninja, and Kawasakis in general, because they said that green bikes are bad luck. Is this a thing? Are green bikes unlucky? Am I cursed now? Is my bike? If so, why?

Hey KL, thanks for writing in! So, green bikes, eh? Let me guess, the person who told you that is, shall we say, a rider of a certain age? Someone north of 50, perhaps? Sounds like something a graybeard would say (source: I'm a graybeard and I say it all the time). Green bikes being unlucky is one of those weird motorcycle superstitions that lingers on the fringe of our hobby like not riding with your back pegs down and not owning a bike that belonged to a dead man. They're largely fairy stories, but good ones and they lend a bit of spice and fun to riding. The green bike=unlucky thing has been around forever, so whoever told you that was right, from a certain point of view. Green bikes are unlucky because we say they are. Because we believe it. Why, though?

Well, it's complicated. Some people say that green being unlucky came out of World War II dispatch riders getting shot off their green-painted Harley WLAs by Nazi sharpshooters. There's another WWII-related belief that the green-painted Harleys that came back from overseas and were sold off cheap as surplus were in such poor shape that they broke down more frequently than other bikes. Others claim that the superstition grew out of the automotive racing world which has its own superstitions about green cars in particular and the color green in general. For example, apparently Mario Andretti never signs autographs in green ink. Weird, right?

The thing is, the color green has been associated with bad things for centuries. Think about it. When you're sick you're "green around the gills" and if you're new and inexperienced at something you're "Green". Then there's the color's association with jealousy and envy. You know the phrase "green with envy", right? Hell, old Bill Shakespeare coined the phrase "Green-eyed monster" referring to jealousy in Othello way back in 1603. Green has been used to describe unclean and unwell and unwanted things for a long time.

See? I told you it was complicated. Basically, the green bikes are unlucky is an old superstition that has a lot of possible sources and is largely rooted in a long-standing cultural association of the color green with bad stuff. It's just one of those things that have entered the mass motorcycling consciousness and stuck there. So, is it A Thing? You bet it is. Are you and your bike cursed now? Nah, it's just a superstition. Kawasaki doesn't care and neither should you. Go out and thrash that Ninja and don't worry about it.

What about you, dear readers? Do you guys think green bikes are unlucky? What other rider superstitions do you know and/or believe? Let me and KL know.