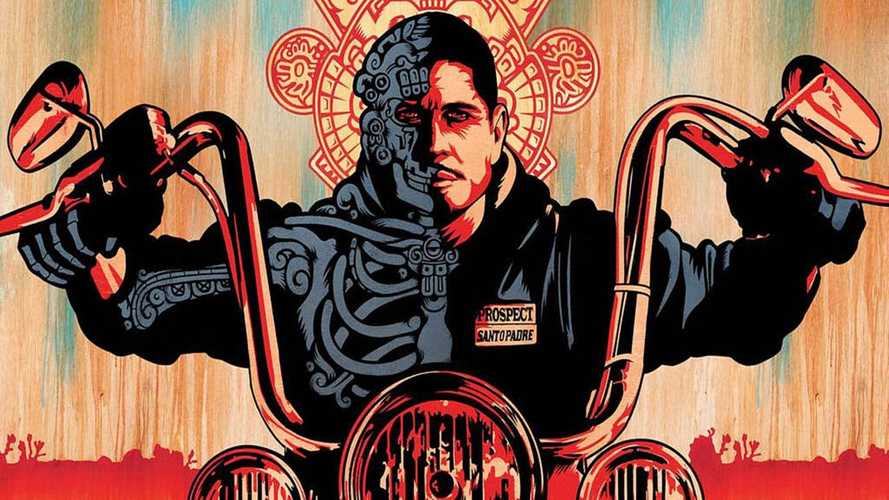 After years in the shadow of the Berdoo chapter of the Sons of Anarchy, Mayans M.C. finally gets its time in the sun

It was a television show that caused your weird neighbor to start running around wearing clothes like he was in a biker gang, but if you’re a fan of both Shakespearean drama and motorcycles there’s a chance that you enjoyed watching Sons of Anarchy while it had its run. This week FX premiered Mayans M.C., a spinoff from the SOA story that follows a different motorcycle club on its misadventures and run-ins with the law, other gangs, and one another.

So far the show looks like it will deliver the same rewards that SOA did. The opening episode has all of the same ingredients with the addition of the story taking place on both sides of the border due to the Mayans connections with a cartel. We have already been introduced to three major players in the show's overarching plot in Sons of Anarchy, including Mayans founder Marcus Alvarez. Alvarez is still played by Emilio Rivera who has played this character since he appeared in the Sons of Anarchy pilot. We are also given a cameo from the San Bernardino chapter of the SOA when they appear to aid the Mayans in a gun battle, showing up at the end to save the day as the Mayans often did for the Sons on their show.

The main character is Ezekiel "EZ" Reyes—played by J.D. Pardo—who we are introduced to as a Mayans prospect. His brother is already in the club and their father, played by the Edward James Olmos, is a deli owner who is not part of the gang life. Olmos plays a traditional patriarch as a balance to the culture of manhood we are shown within the Mayans and should be a great character to follow as well. We are introduced to EZ's love story in this episode, too. During a flashback to eight years ago—where he is in jail meeting with his girlfriend—she tells him that she is pregnant right after he breaks up with her. He reacts violently and tries to chase her out only to be stopped by guards. The camera pans over and we get a tiny cameo from the matriarch from Sons of Anarchy, Gemma Teller Morrow (Katey Segal) who simply says “assholes”. Her placement is an unexpected cameo since her character has been killed off in the Sons series but since it is a flashback it makes sense and puts EZ in the same world inhabited by a few members of Sons who also were at Stockton State Prison at this time. This seems like a pretty intentional move by Sutter to cross these two worlds or it could just be that he is pretty obsessed with his wife. I’m going with the former.

The show has promise and I will continue to watch. It has the same formula as Sons and promises to deliver heartfelt drama and twists and turns in the same way. We so far are lacking any introduction to female characters of any depth aside from one main character whom might be able to hold some of the legacy of Gemma Teller Morrow. This was a large part of Sons and, in my opinion, a great balance to the violence and machismo of the rest of the show. Mayans seems like a far more successful Kurt Sutter enterprise than his last attempt to break away from SOA. Making something in the same world might be his best move yet since the show can already begin with a carried over fan base.