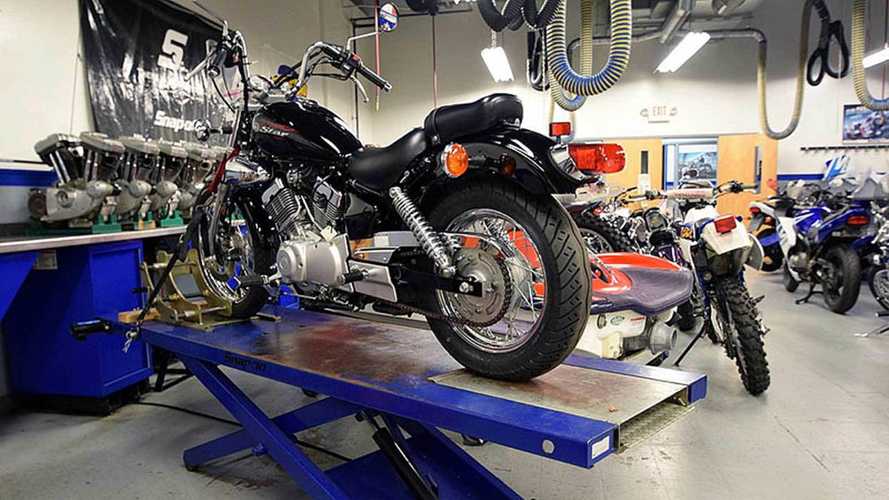 A Pennsylvania-based for-profit motorcycle tech school closed up shop, but its students' loss can be your gain

Out in York, Pennsylvania, there was a motorcycle tech school called the Motorcycle Technology Center. Part of a local vocational school called YTI Career Institute, it opened five or so years ago and was packed full of top-of-the-line tools and shop impedimenta—everything you need to teach eager young (and old) minds how to wrench on bikes. Sadly, the MTC closed its doors earlier this year. An announcement on its website states that as of February 28, 2018, the MTC ceased recruiting new students. I reached out to the school for a comment or even a press release about the closing, but as of yet, they haven't returned my call.

AS IS, WHERE IS, NO GUARANTEES

So, why am I talking about some VoTech school in PA that no one's ever heard of? Yes, I know there's a Harley plant in York. They make my favorite Harleys there. That's not the reason I'm bringing this up. The reason I'm bringing this up is, you know all those tools and shop impedimenta that I mentioned above? All that stuff has to go somewhere, right? Well, where it's going is straight to auction this November and you could get some killer deals on some good equipment.

According to the auction company's webpage, the auction takes place on November 15, 2018, at 11:00 a.m. Eastern Standard Time and "everything must be sold regardless of price." Sounds good, eh? I mean, it sucks for the people who were in this program when it shuttered, but I'm not going to turn down the opportunity to pick up a hydraulic bike lift or a compressor on the cheap because of it. Here's a list of just some of the goodies being auctioned off:

Guys, they're auctioning off a dyno. How cool is that? This is an online auction only according to the auction house, and everything will be available for viewing online a few days before the auction starts. If you're interested, check out the auction house's site here. Oh, and stay away from that lift, it's mine.