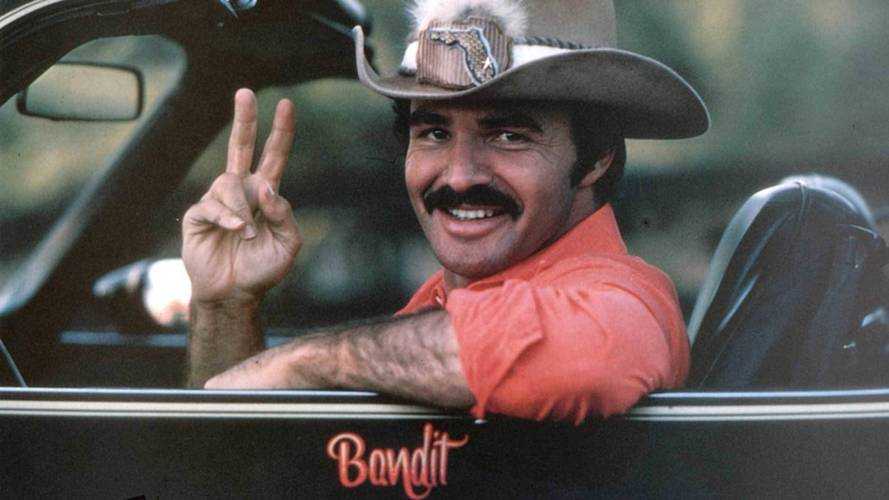 See ya later, Bandit. I don't reckon that Coors'll ever get to Atlanta now

Those of us who love automotive cinema, good acting, and mustaches lost a mighty tall tree today when Burt Reynolds died at the age of 82. Born in Michigan in 1939 and raised in the Sunshine State, Reynolds was the smiling, extremely charismatic star of such films as Deliverance, Boogie Nights, and The Last Movie Star. While he won truckloads of well-deserved awards for his dramatic acting chops in those films, gearheads and grease monkeys all over the world love him for his comedic roles as Bo "Bandit" Darville in Smokey and the Bandit and as Hal Needham JJ McClure in The Cannonball Run.

Steve McQueen: what I like in a bike and why

While he had his ups and downs—Academy Awards and ugly divorces, even a stint on television during a particularly rocky time in the 90s—Reynolds remained a busy actor throughout his career. He was even the highest-grossing actor in Hollywood for a five year stint in the late-70s/early-80s. His last film—2017's aptly named The Last Movie Star directed by Adam Rifkin—was another dramatic role in which Reynolds played an aging actor coming to terms with his fading star power. Pretty prescient.

So, what does Burt Reynolds have to do with motorcycles and motorcycling? Not much, really. He starred in a couple films where his character rode, including the execrable Cop and a Half, and he owned some Harleys on and off, but he wasn't known as a big motorcycle guy like, say, Steve McQueen. I scoured the internet after his death was announced looking for a more concrete way to tie him to our oeuvre, but no dice. Does that matter? Not really. He was a hell of an actor and a cool guy and he made a lot of movies that I—and millions of gearheads like me—love dearly. Motorcycle-related or not, that's enough for me.

So rest in peace, Bandit. We'll never see the likes of you again.