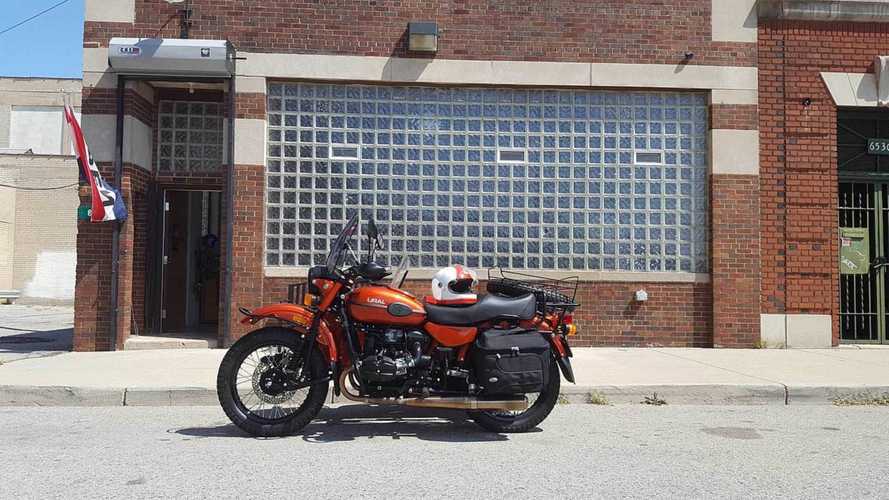 Well, I finally did it. After months of work and logistics planning, I finally landed RideApart a Ural review bike. Nice lookin' bike, isn't it? What you're looking at is a 2017 Ural GearUp in Terracotta. If it looks familiar to you, you're not seeing things. I rode an identical bike out in Seattle in April during my whirlwind introduction to Urals and Uraling. So, why a Ural? Well, other than the fact that Urals totally rule, I had some story plans that required I have a Ural here in Detroit with me. Would you like to know more?

So, I picked this bike up last Friday, and the first thing I had to do was give it a name. I'm not one to name my cars or bikes, not anymore at any rate, but back in April when I was at Ural HQ Madina explained to me that every Ural needs a name, like a ship. Never get on a ship (or a Ural) that doesn't have a name, it's bad luck. So, since I don't need anymore bad luck in my life and needed a snappy hashtag for this thing to go along with our other fleet bike, I came up with the best name I've ever created—UralGagarin. Well, #UralGagarin if you want to get technical about it. Clever, right? I couldn't be more proud. Anyway, with a proper name I could get down to some serious dicking around with bikes motorcycle journalism.

Over the past few days that I've had it, I've taken UralGagarin out to the Irish Hills, hauled my eldest daughter to school in it, fetched some groceries, got about a million thumbs-up from passing motorists, and shot a bunch of pictures in preparation for my upcoming Ural stories. The first of those stories is about how Urals are the ultimate dadbike. The second is a photo story that's essentially a tour around Detroit by Ural that'll give me the opportunity to shoot the bike in a bunch of cool places, visit some cool people, and eat at my favorite restaurants.

So there you have it, a new fleet bike and some new stories courtesy of the Motherland. If you have the 'gram and you want to follow along our adventure, you can do so by looking up #UralGagarin. In addition, if I come up with any other Ural adventures that possess journalistic merit, I'll share them here at the site. If not, see you soon!