UPDATE: The Tiny Kawasakis are Here and They're Spectacular 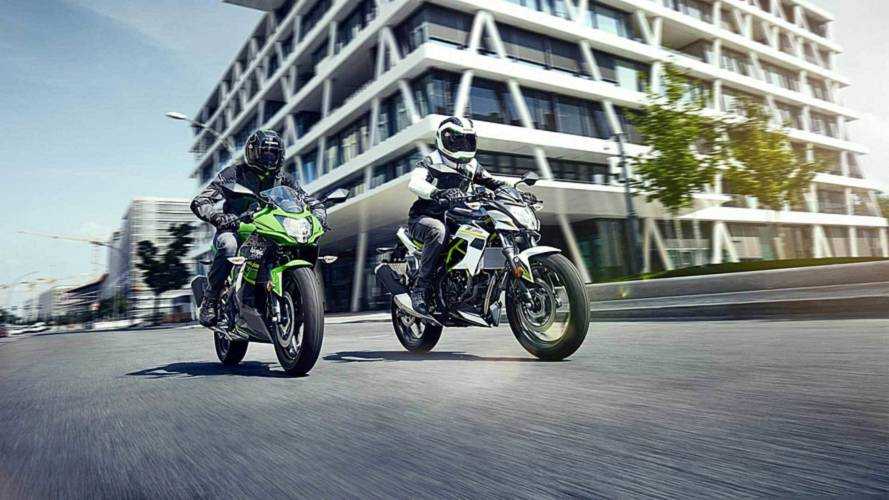 Here they are! The new Kawasaki Ninja 125 and Z125 have been officially revealed in advance of this year's Intermot and they look pretty cool, friends. Sadly, they still probably won't wash up on American shores, but for our friends across the pond and in Asia they'll be a great starter and light commuter bike. We're glad that they're the ones who have to make the toughest choice.

We got two short videos and some photos for you, enjoy!

Roughly a year ago, at EICMA 2017, Kawasaki announced that it would launch two new 125 models for 2019—a new Z and a Ninja. If we are already familiar with the Kawasaki Z125 on this side of the pond, the Ninja 125 is a brand-new addition to Kawi's lineup and the smallest Ninja we have seen on the market yet.  The two miniature models are expected to debut at the end of 2018.

If you check any used motorcycle website, you are sure to find an abundance of Ninja 250s, the ancestor of the modern-day Ninja 400. This minuscule Ninja used to be what the OEM pushed as the entry-level model in its sport lineup. The model has since gained some volume, which hasn't kept Kawasaki from keeping a wheel in the realm of 125cc thanks to the quirky little Z125.

For the upcoming model year, Kawasaki is updating the Z125 and introducing the tiny Ninja. The idea behind the introduction of these small displacement models is to appeal to European riders armed with a basic A1 license that has so far limited them to the use of mopeds.

We have learned very little so far regarding the newcomers aside from a teaser image. If the evolution of the Ninja has taught us anything is that Kawasaki does continuity well and though we know nothing of the powertrain, we can safely expect the 125 to take after its bigger sisters in terms of design and set up. Some sites have already speculated that the 125s will use a detuned single-cylinder engine, the same used in the 250, producing an estimated 15hp.

Until we learn more, Kawasaki has launched its The Toughest Choice campaign that invites people to choose between the Ninja and the Z125. In our book, this is a pretty obvious hint that we can expect the two models to be powered by the same engine and offer a similar riding experience, naked versus fully faired. If we piece all the evidence we have so far (past Ninjas and current Z125), we can start to have a fairly good idea of what we can expect the new Kawasaki babies to behave like. What team are you on?