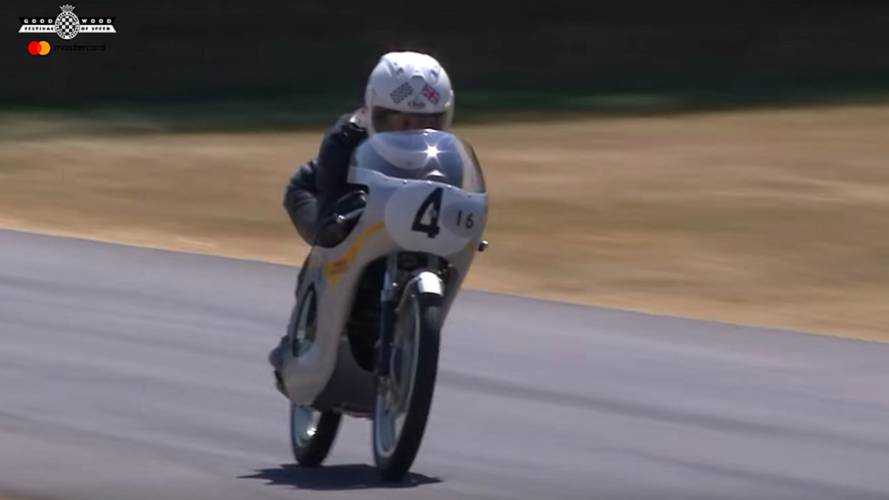 In 2018, the Goodwood Festival of Speed celebrated 25 years of the event and the lineup of motorcycles that attended was to die for, including race icons.

An amazing parade of old iron took to the track at Goodwood, and you can watch them here

This year, the Goodwood Festival of Speed celebrated 25 years of all things fast and the turn out was spectacular. Quite a few motorcycle rarities were highly anticipated and we had already listed a few as must-sees of the Festival. The organizers have now released the video of the 2018 FOS bike parade and it will be the best 12 minutes of your day.

I FEEL: Rossi: Mexico F1 Circuit Too Dangerous for MotoGP

Bikes of all kinds showed up at the event, including Ducati, Indian, and Harley-Davidson flat trackers and BMW sidecar racers (complete with monkey). Of course, the whole concept of speed goes hand in hand with sportbikes and the ones that strutted their thing during the parade will make you dream.

A Foggy Petronas FP1 hits the track at one point in the video. If Petronas is a name mainly associated with F1 racing, now paired up with Mercedes-Benz, the oil company also had a short run producing a race bike called the FP1. A road version of the superbike was promised, but never saw the light of day. The FP1 had a short three-year career in the Superbike World Championship but only managed to get a podium three times. The bike had been built under the series' previous regulations that limited the displacement at 900cc, making the FP1  and obsolete.

The Norton SG7 straddled by John McGuinness also makes an appearance here, clad in chrome and zipping like a fired bullet on the track. McGuinness is the first man to have reached 130 mph as an average loop speed at the Isle of Man.

Even Ian King showed up on his Puma drag bike. The monster looked more at ease on the drag strip than on the Goodwood track, but King managed to treat the crowd to a few bits of acceleration, complete with burn out.

The parade concluded with Mattie Griffin, a BMW stunt rider who mainly kept on one wheel on his way down the track.

It's Friday, so kick back and enjoy a short break to watch this.