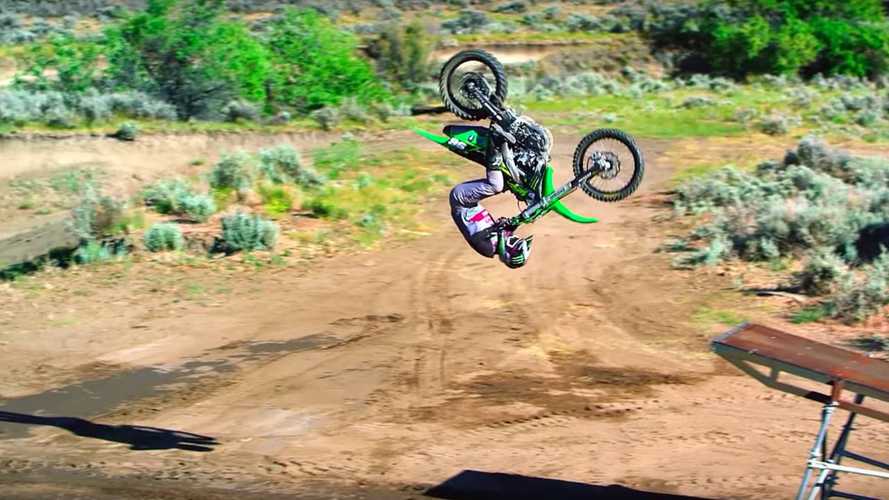 Six riders are taking on X Games' 2018 Real Moto challenge and for the occasion, they are showing off some of their sweet freestyle moves in a series of hot new videos. The goal: put their best flip forward to get the judges' votes for a chance to climb on the highest step of the podium and be crowned the winner of this year's event.

THE BEST IN THE INDUSTRY: 6 of the World's Awesomest Stunt Riders

The winners of the gold, silver, and bronze medals will be announced on August 26 during an hour-long World of X Games special broadcast on ABC. Fans are also invited to vote for their favorite rider to help name the Fan Favorite. The polls will be opened until the day of the show, and the winner will be crowned on the following day. Until then, get to know the six riders who will lay it all out on the dirt track.

Favored for a medal in last year's games, Hodges had to skip the event following a fall that left him with a broken wrist. He's now back in 2018 to pick up where he left off.

With a SuperEnduro and EnduroCross championships under his belt, Haaker has also tried his hand (or foot) at motocross and trials.

Raha has already had a taste of the X Games after winning gold at the 2017 MTX Quarterpipe High Air event in Minneapolis. This year, he finished second, plus a third place at the MTX Step Up.

Canadian-born Kris Foster already has experience at the Real Moto challenge: he won the silver medal in 2016. He's won some titles abroad and is back in the X Games to another medal.

A METHOD TO THE MADNESS: How to Ride a Dirt Bike

We don't know much about Hill besides a second place earned at Harley-Davidson Hooligan Racing. Besides jumps, we know he's also good at stunts. Keep an eye out for the mystery rider!

Seeing Brian McCarthy race in this year's event is a treat—he almost gave up competing altogether after a major crash in 2014 that nearly cost him his life. He jumped back into the saddle and has since earned a bronze medal at the 2017 MTX Quarterpipe High Air.