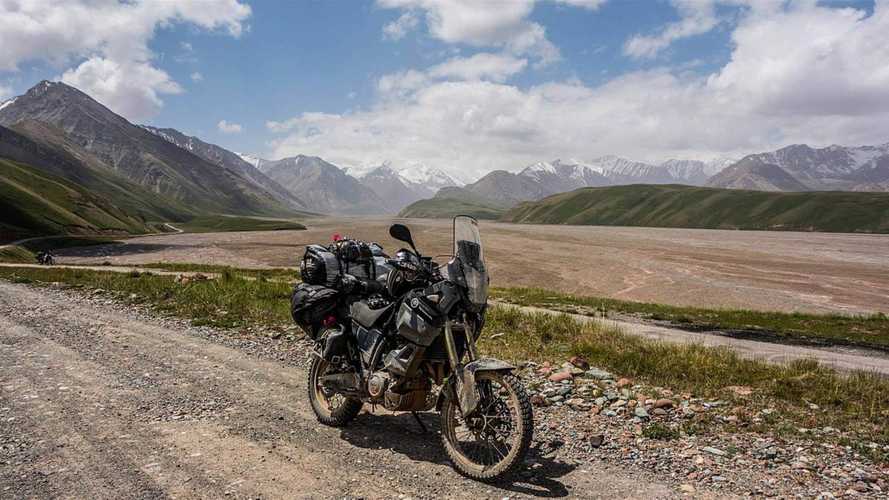 Pavlin Zhelev has been busy in the last few years. Not only has he been traveling the world on two wheels—a trip he's been documenting on his YouTube channel Motorcycle Adventures—he also found time to write about his adventures in three books published over the last two years.

At this point, it's safe to say that the list of countries he hasn't visited is shorter than the list of countries he has. Fifteen years ago, he decided to give his good old routine a little jolt and set his dream of traveling the world into motion. He chose to travel by motorcycle for two very simple reasons. The first one can hardly be more pragmatic: he already owned a bike. He also shares that riding is relaxing for him and that it's like an anti-depressant, something I believe a lot of riders can relate to.

On his channel, Pavlin shares numerous first-person videos of his trips. What I found particularly interesting about them is that he walks the viewer through his real-time thought process. He explains the roads he is taking, comments on the weather, providing helpful comments along the way. He has also posted a number of motorcycle reviews that can be useful to find the right adventure bike. If you're curious about his weapon of choice, Pavlin currently rides a 2008 Yamaha XT660Z aka the Ténéré.

He also shares his suggestions of perfect riding roads, advice for maintenance, or about what to do if something goes wrong and much more. He is pretty much your personal trip advisor. According to his blog, his next trip coming in September 2018 will take him through southern Asia, in Pakistan, India, Nepal, Bangladesh, and maybe (probably?) Oman.

Pavlin wrote on his site: "The world is so big but the time that we have on earth is so little." Wise words to live by.

Source: Motorcycle Adventures Around the World