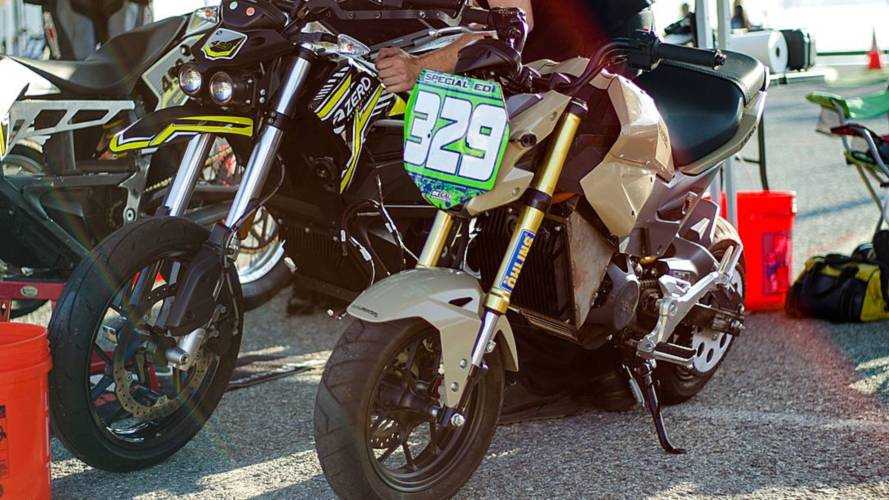 That time a guy took a Zero motor, stuffed it into a Honda Grom, and made the fastest, torquiest, most adorable death machine ever

With a name as gnarly as Reaper, we are tempted to picture a mean-looking bike with an engine to match. Except the Grom Reaper doesn't look nor sound very scary—it's a Honda Grom fitted with an electric engine. Spooky? Not really. Cool? Undeniably!

The Grom Reaper is the work of Zero Motorcycles designer Cole Mishler, who apparently had too much time on his hands and decided to do a full engine swap on a tiny Honda MSX125. Why? Because he could! Also, because the result is a tiny beast in disguise. The Reaper's power went up a few notches when it received its electric motor—a perk of the technology: powerful, instant output. This 233-lb lightweight (an 8-pound increase over the stock model) now produces 27 horsepower, more than double its original power, and a staggering 66 lb-ft of torque (that's more than a CBR600).

There's more to this Grom than meets the eye.

Top speed is now set at 66 mph. The clutch and gear lever have been removed, as well as the engine and exhaust system which were swapped for an FX 3.6 kWh electric motor, battery, and controller. The rear wheel received a massive 12-inch sprocket that almost looks like a wheel hub and the front fork was replaced with a more sophisticated Öhlins suspension. The swap took place at Zero's R&D department in Scotts Valley, California. Mishler's project gained the interest of some of his colleagues who helped turn the creation into reality.

... AND THE COMPLETE OPPOSITE: Indiana Trike Builder Believes Bigger is Better

Right now, the Grom Reaper is a unique piece that's been making a few public appearances, but we can definitely see all that work make its way into, say a kit for owners looking to add a little more bite to their little monsters. Pretty please?