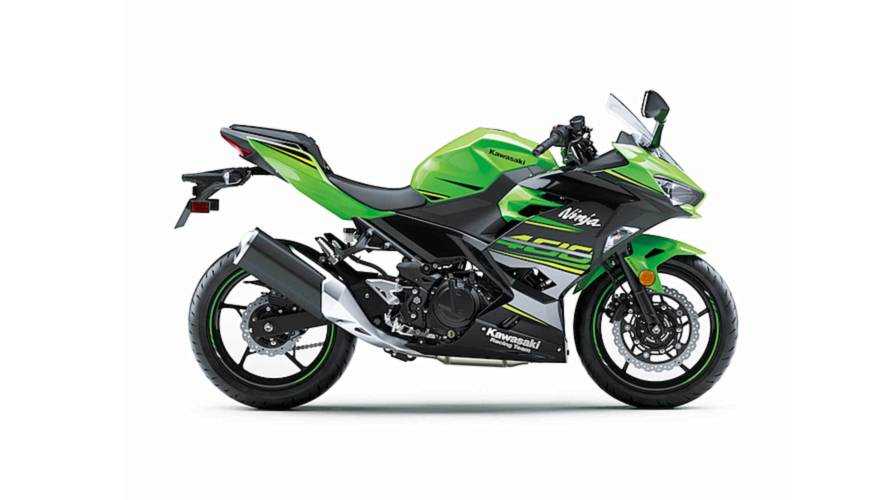 What if the Ninja 400, but naked? We've been asking that question for a year, and now it seems like we're getting our answer with the rumored Z400.

You guys remember Kawasaki's Ninja 400, right? The fantastic new lightweight ninja that dropped last November and set the small-bike world on fire? Of course you do. We love it, you love it, hell, everyone loves it. Now, after a period of will-it-won't-it, it seems that it seems like the Ninja's getting naked with a new Z400.

MORE: Enter the Ninja - The Kawasaki Ninja 400 Comes to America

So, how do we know? Two ways—intuition and some very interesting filings with the California Air Resources Board. First, the baseless speculation intuition. Most models in the Ninja family have a cousin in the Kawasaki nudist colony, as it were. Ninja 250? Z250. Ninja 1000? Z1000. See where we're going here? It stands to reason that since the Ninja 300—the bike replaced by the Ninja 400—had a Z-series cousin the 400 would eventually get one too. Makes sense, right? The 300cc-sized hole left in Kawasaki's naked lineup could be filled very well by a Z400.

We figure that the Z400 will look a lot like the old Z300 pictured here, which ain't bad at all.

Then there are those CARB filings. Apparently Team Green showed its hand recently when it filed new emissions documents with CARB showing that in 2019 there will be two models in the 400cc slot—the aforementioned Ninja 400 and something called the ER400DK. Interesting! See, in Kawasaki-speak, the "ER" prefix indicates a naked bike. We're not sure what the "D" means, and we're pretty sure "K" is just a designator for the 2019 model year. There's also the fact that the old Z300 was known internally as the ER300BG in its last years, so there's that.

That's pretty much the smoking gun right there.

When can we expect the new naked 400 to come streaking into U.S. showrooms? Well, we're not sure. Sometime in late '18 would be our guess. It'll probably be announced at EICMA this year and drop a few months thereafter, but don't quote us on that. Whatever the case, it can't get here soon enough. More small, fun bikes on the market is A-OKAY in our book.