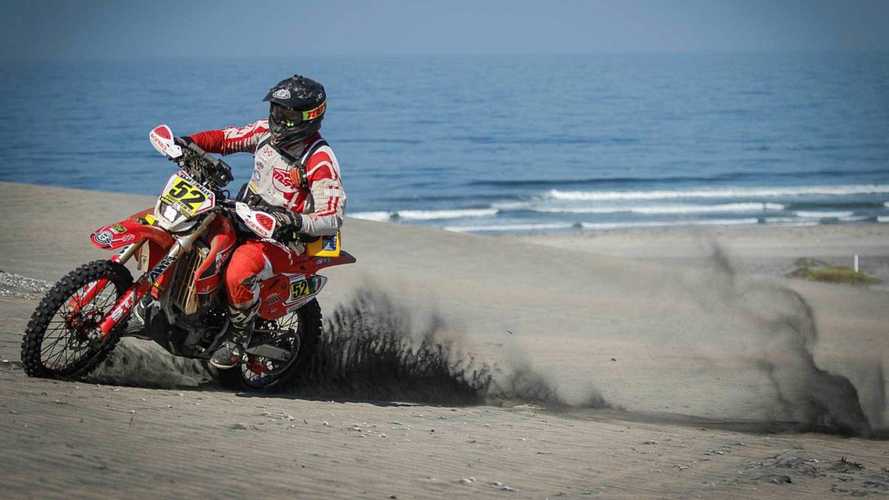 Think you could ride an off-road rally on a budget? Justin does, and he's out to prove that you can be a serious contender on the dirt with a light wallet.

Hey, if it's stupid and it works it's not stupid

Having photographed numerous roll-chart rallies these last few years—Baja, Sardegna, Barstow-to-Vegas, etc.—I began to wonder how the every-man might get himself into this sport. Yeah, you can pay the fly-and-ride fee, but that's in excess of $4,500, and let’s be honest, I don't have two nickels to rub together for a race budget let alone that kind of coin. It's been done on a shoestring before, just ask Manuel Lucchesse. Or, for that matter, my friend and former colleague, Iain Glynn. It was the latter of which that inspired this stupidity and will guide me through this project—to race the 2019 Baja Rally on my trusty Suzuki DR-Z400.

The bike is damn near new, just six parts away from being stock. Most of the miles collected on that odometer were done riding down dirt roads, not technical terrain like you'll encounter in an FIM-esque rally. So, to say it's race ready would be an outright lie. Like so many dual-sports leaned against a garage wall in dire need of attention however, it looks at me longingly, whispering the words "rally me." So that's what I intend to do.

The DRZ as it currently sits.

First things first, though. I will travel to Baja this October on my DR-Z to document, yet again, a big bunch of idiots racing this year’s rally whose bank accounts may have more numbers in them than mine. Then I'll tell that tale, about chasing the race from the seat of a bike that will soon be my own stallion. Next step? I'll attend the Baja Rally School, where I'll learn the proverbial ropes, read French words on scrolls of paper, and try not to destroy myself or my machine. The school is intended to give you a grasp of roll-chart style rally racing, where your objective is not to be fast, necessarily, but to be efficient and not get lost. That last bit is pretty important.

Along the way I'll be upgrading the bike with the necessary rally bits. A navigation tower, larger fuel tank, additional lighting in case I do get lost and end up riding in the dark, as well as upgraded suspension components and better protection parts. I'll do all of this on as limited of a budget as one can muster, because let’s be honest, there's no money in motorcycle journalism.

Gotta fit this, among other things, on the DRZ.

My goals are threefold: race a proper rally on the tightest budget I can muster, learn how to read roadbooks while riding fast-ish at the same time, and not die.

My mission is a bit simpler: to show people that they can race a Dakar style event without having the 501 Husky or the 450 EXC, without a massive support team and fresh tires, and that this dream is an achievable one.

This could be me, or you!

CHECK OUT: What It Takes for a Privateer to Run Dakar

I can’t say that’ll I’ll be competitive when I roll my self to the start of Day 1, but I’m hoping that I can finish each day without enough time to eat dinner, work on the bike and sleep more than four hours. I know this is a bad idea. That the bike is ill-equipped for this sort of thing, built more for bumbling down dirt roads with a weekends worth of camping kit strapped to the tail. But they’re bullet-proof, those DR-Zs. They’re also affordable, and something that I think a lot of people already own. Which is half the battle, as far as I am concerned. If I waited to race until I had the right thing, I’d never get the chance. So, here’s to doing dumb things on the wrong stuff because you can. Because ‘race bike!’