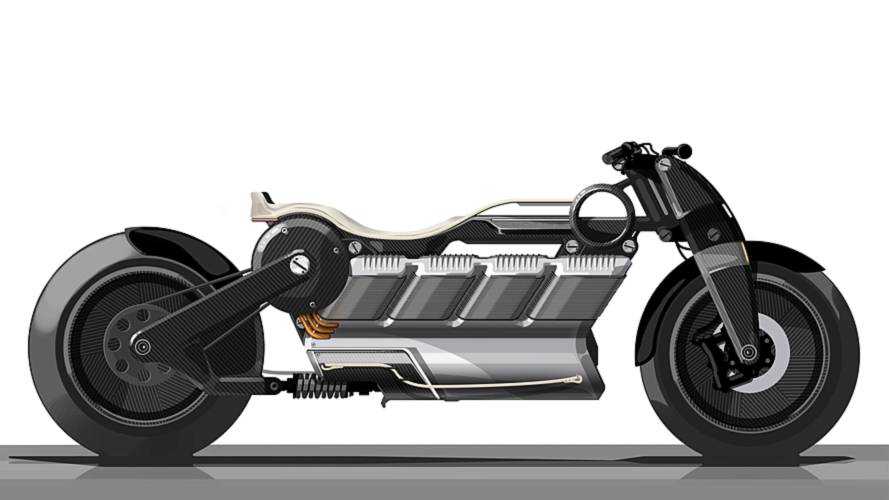 Would you like a "V8" electric motorcycle named for the Mother of the Gods from a company that's no stranger to design excesses? Curtiss has you covered.

Curtiss Motorcycles is a fascinating beast. The company originally named Confederate Motorcycles recently changed its branding and adopted "Curtiss", a name rich with history. The company has also announced that it will be dropping gasoline engines to focus its energy on electric bikes. On the same train of thought, Curtiss is bringing back something from the original company's past, with a little modern touch: an electric V8.

WEIRD FROM WEIRDTOWN: Video: Curtiss Motorcycles Wants You to Do It

Long story short: in the early 1900s, Curtiss built a motorcycle fitted with a monstrous V8 engine. Forward 100 years: the V8 is making a comeback, but this time, in the shape of a battery. The architecture is similar to the Curtiss Zeus' E-Twin, introduced earlier this year. However, it's Zeus' wife, Hera, that will be getting the royal treatment in electric motors. Hera is the new addition to Curtiss' godly lineup.

“With Hera, we set out to create the world’s most luxurious motorcycle. Featuring the world’s first V8 battery architecture, an ultra-powerful, yet refined, E-Twin motor, and a 66-inch wheelbase, Hera will occupy a class all her own, " Curtiss Motorcycles CEO Matt Chambers told Electrek.

The eight cylinders are in reality lithium-ion batteries that replicate the engine layout of the 1907 Curtiss V8. The "engine" will span the length of the bike and tucked right under the seat, the design suggests the presence of a belt drive. The Hera is still in the early stages of its development so no official figures have been released but Curtiss promises record-setting speeds.

In comparison, the Zeus is powered by two electric motors for a combined output of 170 hp and 290 lb-ft of torque. The Zeus' electric powertrain is signed by another known name of the e-bike industry, Zero.

Hera had a reputation for being a feisty goddess and if Curtiss' promise of power becomes reality, the motorcycle will be true to its mythological character.