The Motorcycle Cannonball is Coming and We Are Ready 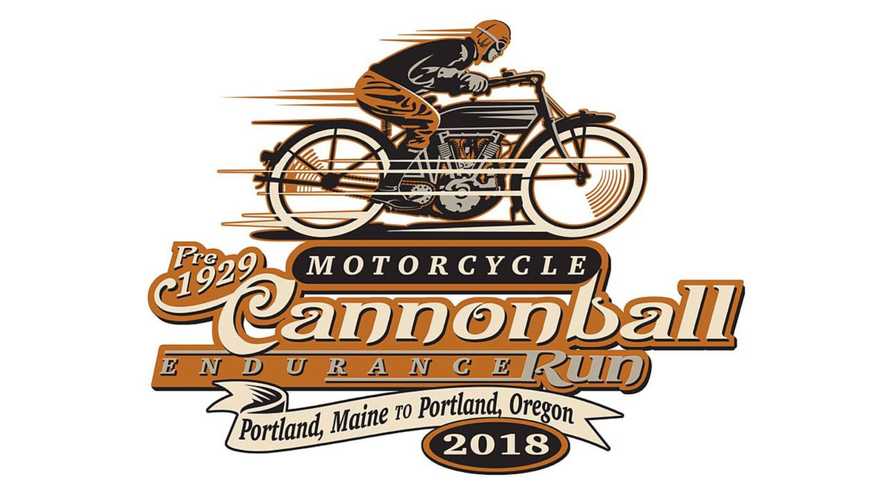 Cannonball! It's time once again to dust off your pre-1929 Harley, strap on the goggles and leather helmet, and ride hell for leather across the U.S. of A.

Would you ride 3,400 miles across America on a motorcycle? Oh wait, did I mention it would have to be on a pre-1929 model? If you're still up for the challenge, then the Motorcycle Cannonball Run is for you. This year, the 100+ riders will be traveling from September 8 to the 23 on an epic old-school trek across the country.

TURNING HEADS: How to Ride an Antique Harley-Davidson

Contrarily to the usual historical event-modern rides pattern, the Cannonball Enduro has inverted the roles: it's a modern-day event with ultra-retro bikes. In fact, as vintage as the founder's name may sound, Lonnie Isam Jr came up with the idea for a cross-country hike on his 1916 Harley-Davidson in 2009.

Isam's goal was to convince antique owners to give their old-timey bikes a chance to do what they do best: ride, rather than sit pretty in museums and under tarps in the garage. He was inspired by the legacy of Erwin "Cannonball" Baker's who completed over 140 speed runs across the United States on bikes.

The first Motorcycle Cannonball Run was organized in September of the following year with as many as 45 riders taking on the challenge. The 16-day trip led them from Kitty Hawk, North Carolina to Los Angeles, California, off the main freeways. The second edition of the event took place in 2012, from Newburg, New York, all the way to San Francisco. By then, the number of riders had already almost doubled.

THE REALITY OF A VINTAGE RIDE: How to Kickstart a Motorcycle

While preparing for the fifth edition of the Cannonball run scheduled for September 2018, Isam lost his battle to cancer. His friend and partner Jason Sims picked up where he left off, honoring Isam's memory with this year's run. A hundred riders are expected to gather in Portland, Maine on September 8 where the 3,400-mile run taking them to Portland, Oregon will begin. The riders will even enjoy a day off in Sturgis, South Dakota on the 17th.

Riders from all over the country will partake in the event straddling such historical bikes as 1914 Henderson, 1928 BMW R62, 1911 Excelsior, and 1923 Neracar. What fantasy bike would you ride on?