That Motorcycle Column: The Same but Different 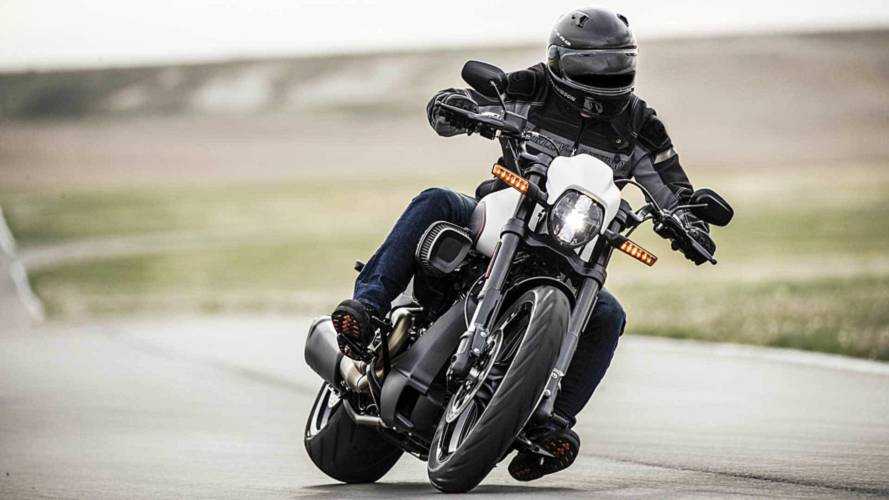 Is Harley on the right track to becoming the new Harley-Davidson? Can the company compete in this brave new world of diversity and inclusiveness?

If you haven’t noticed—though we know you have—the motorcycle industry in America is in a state of super flux. Sales of new bikes are sluggish though not yet deadly, dealers are struggling, moto journalists are starving, and brands are rebranding. Harley-Davidson, with the announcement of four strikingly and completely new models, has basically announced that the company well realizes that it needs to do much more than teach old hogs new tricks.

Announced just last month, H-D has four new models in the pipeline, though it is a fairly long pipeline. The iconic Milwaukee company has taken an unusual tack by announcing models that are not going to be in production for at least another year or two, released as 2020 or 2021 models. Seeing how fast the market is changing, this pre-announcement of pre-models is like a super pre-pre-sale to hopefully influence enthusiasts with patience. Why not?

This could be a real game changer for the Motor Company if it ever sees the light of day.

The electric Livewire is the only 2019 of these four models of these two new power platforms, with the Pan America adventure bike and streetfighter slated for 2020, while the “Future Custom” isn’t “planned” to appear until 2021. Maybe. “Future Custom” is in quotes above because it seems like a reference to an as-yet-unnamed custom, and “planned” is in quotes because it is quoted from the Harley-Davidson website; in other words, things can change.

This is the "future custom", but what is it?

What can be sussed out about the internal-combustion engined bikes from the images of these three V-twin-powered machines is that they share the same engine—though maybe not the same displacement. It is a wider V than 45-degrees, water-cooled, and has overhead cams. Out of necessity of efficiency, and the need for actual completely modern technology, H-D has realistically developed these future bikes to meet the needs of the future. One might also hope that this engine, in 750cc form, can bring H-D back to winning at the flattrack where its old nemesis Indian is presently nemesising.

CHECK OUT: What's Harley Building in There?

Although many moto-journalists like to prognosticate about market trends and the performance of motorcycles that haven’t yet been tested, we won’t pretend to be smarter than H-D’s marketing and development teams. As always the marketplace decides, so lets see what it says rather than diss-on or rave-about bikes that are today only concepts as far as media and consumers are concerned. Plus, how often are the primary questions about performance simply, “How do I look on this bike?” and, “Does my riding crew think it’s cool?”

A facet of this evolving story that must not be overlooked is that Harley-Davidson posted a job listing on August 24, 2018, for a Marketing Director. H-D is looking for new blood to drive the creative forces behind its new meat. Three years ago, which is the last time I was at Sturgis, the median age of riders there was at around 58-years old. In the near future the median age there will be about two years past dead, and so we can trust that these new bikes are not for that crowd. The old tools for the old school are… well, old. Facebook is for old people. Marketing plans that are six-months old are out of date.

Motorcycle day at the old-folks home.

Tellingly, the job posting says; “Throughout the world, Harley-Davidson unites people deeply, passionately, and authentically. From town to town and country to country, H-D’s ideals of freedom and self-expression transcend cultures, gender, and age. With both global significance and local relevance, it’s no surprise that Harley-Davidson ranks as one of the strongest brands in the world.”

The key words in that job-posting paragraph above are: throughout the world, unites people, country to country, transcends cultures, gender, age, global, and relevance. These are all new words for a motorcycle marketing job posting and they are designed to communicate inclusiveness like never before. And the posting continues; “…New Roads to Harley-Davidson for a new generation of riders… It’s a fast-changing world... …we will lead the next revolution of two-wheeled freedom to inspire future riders…” The present doesn’t last as long as it used to.

CHECK OUT: Harley Looking for a Guide to Come and Take it By the Hand

Maybe most telling of all is the mention of 250cc to 500cc Harley-Davidson motorcycles, “…for Asia emerging markets through a planned strategic alliance with a manufacturer in Asia.” India is mention in particular. This admittedly happened a long time ago with H-D and the Italian brand Aermacchi, but this time the effort is more than just badgineering an exiting bike. What matters is, this chance to manage “relevance” is the best job opportunity ever. Just who will they be?