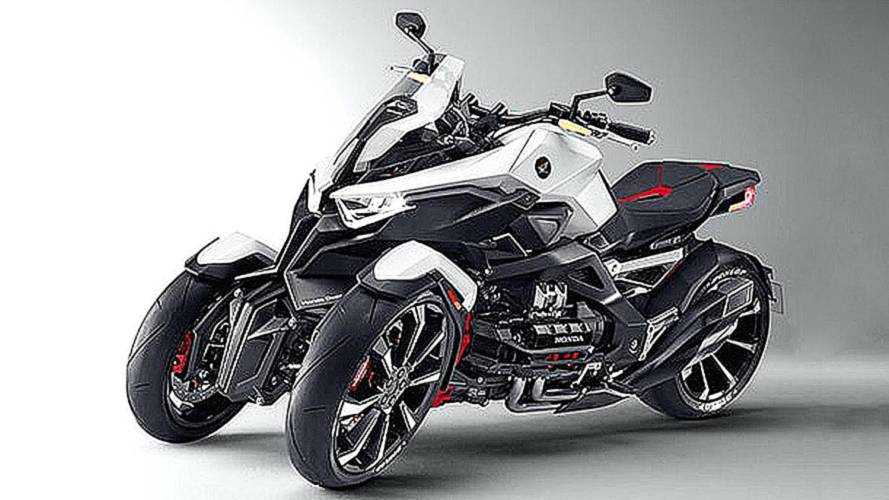 Honda has a long way to go before it launches its own leaning trike. The latest patent shows its still working on it, but has yet to figure it out.

More patents filed, but still a long way from the finish line

The Piaggio MP3 might not remain the reigning tilting three-wheeler for much longer, Honda could be entering the race sooner or later. Yet another Honda three-wheel-related patent has been unearthed from the catacombs of the Internet. Bad news: there's still a long way to go.

THE SONG OF ITS PEOPLE: New Piaggio MP3 Plays Up the 3-Wheel Tune

The leaning trike isn't anything new, but the Big Four's fascination for the technology is. Yamaha has been making strides and has already shown us it has a pretty clear idea of where it's going with the concept when it released the Niken. The three-wheel model is already listed on Yamaha's website as a 2019 model complete with pricing meaning it's ready to make its way to the customers.

Honda has also been dabbling with the idea of a tilting three-wheel model, however, it seems like the Honda team is still trying to figure out how to make work. A few patents have been filed already and according to Visor Down, a new one has now been added to the pile of three-wheel suspension set up. On the bright side, the new design is different from the other ideas explored so far. On the not so bright side, the system looks overcomplicated and bulky.

The design uses similar parallelogram links to Piaggio and Yamaha's but Honda's design suggest the top link is positioned below the headstock and the bottom one at the base of the motorcycle. A set of swingarms connects to the front wheel complete with hub-steering pivots.

Is this a suspension design or a spider?

Looks real complicated, but does it need to be? When you look at Piaggio and Yamaha's work, it seems so simple. What's happening, Honda? Has the trike got your tongue? I think it's safe to say that Piaggio doesn't have to worry too much about its crown, at least for now.