Royal Enfield Goes All the Way with Big Bore Bikes 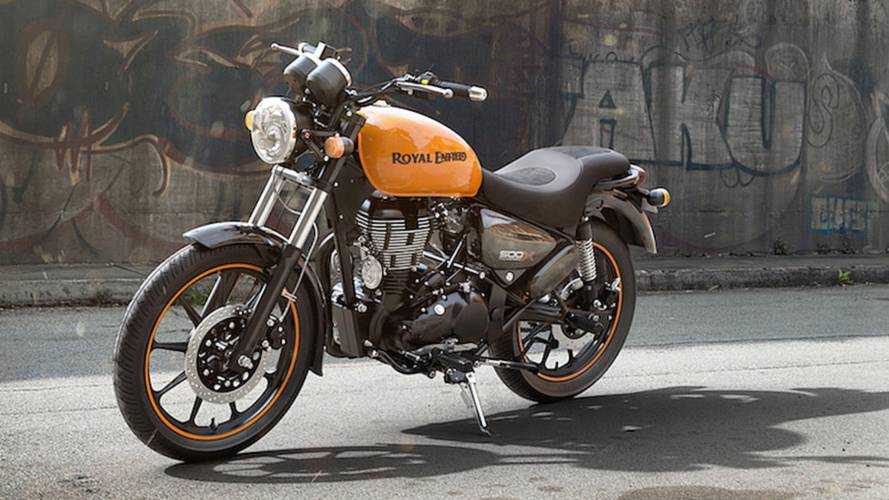 Rumor has it that Royal Enfield is developing new engines and platforms in its UK facility, including a supposed 900cc mill to go up against the Thruxton.

Not content with mere 650s, Royal Enfield is planning bikes with engines as big as 900 cubic centimeters

Everyone is very excited about the new 650s that Royal Enfiled is releasing this year. Why wouldn't they be? The company best known for stylishly retro yet dodgy 500cc Bullets and 350cc Classics finally decided to get into the "big bike" game for 2018 with its upcoming Interceptor 650 parallel twin after more than half a century of singles. Who doesn't like a 650cc parallel twin, right? Well, it seems that now that RE has gotten a taste of big bike power the company has gone absolutely mad for it. Obviously leaning into the old adage "there's no replacement for displacement", Enfield is apparently developing even bigger, more powerful engines.

According to India Car News, Royal Enfield has four new bike platforms in the works—J, P, Q, and K. The J platform will underpin the new Bullets, Classics, Himalayans, and Thunderbirds. P is for the new Continental 650 and Interceptor 650. Here's where it gets good. The latter two platforms are reserved for the as-yet-unannounced bikes—Q for bikes of 900cc and K for bikes ranging from 600cc to 700cc.  The Q and K bikes, especially the Q models, are apparently designed to go toe-to-toe with the small-displacement Harleys and Triumphs that are heading for the Indian market. In fact, the Q platform was designed to compete directly with Triumph's Thruxton 900. While that sounds like madness—the Thruxton is a great bike with decades of big bike engineering behind it—we're not discounting plucky Royal Enfield in this fight.

SMALL HARLEYS?: Harley Looking for a Guide to Come and Take it By the Hand

The big bore bikes are apparently slated for the 2020-2021 model year, and are currently under development at Royal Enfield's UK facility. We don't have any news about what these big bikes will be called or what they look like yet, but Enfield has more than a century of history to pull from with regards to iconic names, so we imaging whatever they are they'll be pretty cool. When we find out more, we'll be sure to let you know.

CRACKING THE MARKET: Triumph Partners with Bajaj Auto of India