An Italian Nightmare - The Worst Bike I Ever Worked On 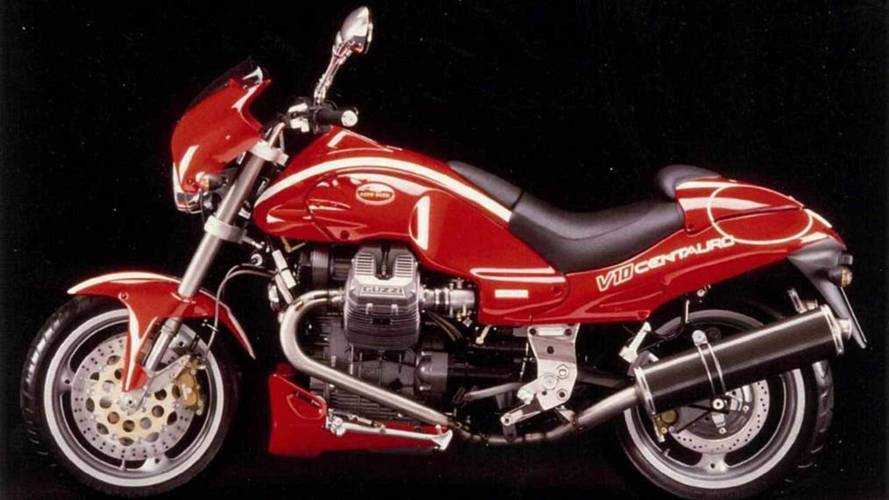 Who would take on a job that involves a stolen, wrecked, chopped, and abandoned Guzzi that sat exposed to Michigan winters for years? Todd would!

The poor, neglected Moto Guzzi that nearly sent me to The Home

“So,” asked Jason, “what is the worst motorcycle you’ve ever wrenched on?"

THAT'S: Let's All Tell Moto Guzzi What to Do

Two of my deeply held biases just collided inside my head. Did you hear the crash? Ouch. Bias number one, there are certain motorcycles I just love and accept their problems no matter what (Same - JM). We all suffer from this, it’s why we get logo tattoos, slap 30 dollar onesies on a two year old kid, and ruthlessly attack a friend for buying something else. Bias number two, I want to save all motorcycles. I really do, even a cheapo Chinese scooter represents a ride for someone. That you are on two wheels, any two wheels, means a lot to me.

So, in the spirit of this assignment I sat down and made a list. First, the top ten worst turds I’ve ever worked on. Then the top five. Finally, The One. The winner, or should I say loser, surprised me. Another small bias, I like Moto Guzzis, they have a common sense design that appeals to me.

In 1997 Moto Guzzi needed something new. They let the engineering team at Mandelo del Lario run free, unsupervised, and the Moto Guzzi Centauro hit the market. The Cent was expensive, made in small numbers, had wild styling, and, for Guzzi, ferocious performance. Most ended up in executive offices, living the quiet life under designer lighting.

One Centauro spent several Detroit winters outside, disassembled and wrecked. The new owner discovered the derelict Guzzi at a rental property after evicting some rather nasty tenants. My resume includes the words “impulsive, with moments of self-destruction.” In other words, I accepted the job.

A SPICY: The Motorcycle Racer who Saved 1,200 Lives

Several large, moldy tubs and a carcass with frozen brakes arrived at the shop. The front end was visibly twisted, all the wiring was cut, and Michigan weather had done its work. This bike had been stolen, crashed, and abandoned. Someone tried to take it apart, possibly for scrap metal, then given up. The smelly plastic tubs included new in wrapper brake components, so I decided brakes first.

Centaro’s have an early and odd fuel injection system. The ECU is enormous, like CRT television enormous. I found a wiring diagram, in Italian, and began to learn. Bianco, white. Rosso, red. Verdi, green. Bobine, coil. “Infusiator,” no idea. The wiring took three eight-hour days. One terminal at a time. My wife asked I had showered lately. The dog avoided me.

Why not get a new harness? An acquaintance who works for Moto Guzzi’s North American operation and routinely conjures up miracles said, “Good luck with that.” My hardware store made a key.

I was about to test the electrics when I got a frantic call from the owner, “We have to change the cam belts! They fail and will kill the motor. I already bought them.” Cam belts? Why in the world did Guzzi choose overhead cams? These belts are a nightmare, they block cooling air, are a beast to work on, and make little sense. Even the mighty Honda chose pushrods for their transverse V-twins. Engines which rev to 10,000 rpm, by the way. I changed the belts while learning that Centauros also have defective oil pumps, and this particular one had a broken motor mount. The motor mount repair shall remain a proprietary secret.

I turned the key. The lights came on including that check engine light shining like a big middle finger right in my face. Marelli injection and home built wiring? What could possibly be wrong? I remembered to plug in the fuel pump. The pump needs mentioning as it sits between the exhaust pipes with hoses millimeters away from extreme heat. I could not get think of a solution. Neither could Moto Guzzi apparently, since company engineers used tie wraps to keep the fuel lines from touching the pipes. They really did. The pump itself is Cadillac Escalade huge. I checked for fire extinguishers, moved everything flammable away and installed the fuel tank. It is ¾” too long. The bolt holes do not line up. How can this be? Or similar words. The Centauro has a plastic fuel tank made from a polymer that expands when exposed to petroleum. It’s beyond incredible. The internet confirms this.

I attached the fuel lines and let the tank rattle around, unsecured. This time I turned the key and the fuel pump came to life. Press start, and the Centauro ran. Moto Guzzis are tough bikes, and they can survive even the worst neglect. My job completed, I washed my hands of Italian grease and the whole project. The owner and I agreed that the bent forks were his problem, and off the Centauro went. I have never been so happy to see a bike leave and I solemnly swear to never touch a Centauro again.