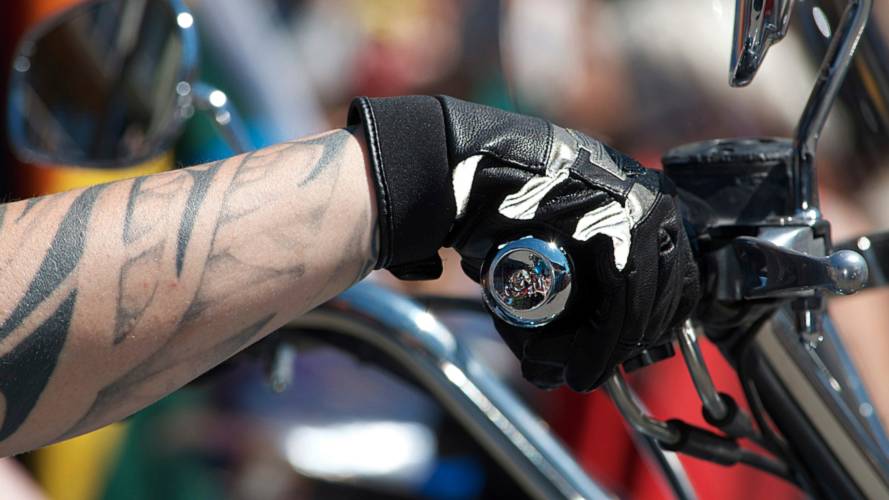 Very few crimes can be called perfect: the criminals often forget details that get them into trouble. For this California thief, his tattoo was his undoing.

Tattoos and bikes go pretty well together. Entire shows are dedicated to the perfect duo, celebrating a pairing made in sinners' paradise. If you're showing ink while riding, you're branded as a bit of a bad boy and are most likely to turn heads. Except sometimes, turning heads isn't exactly what you want to achieve and that's when you have to remember to cover up.

Tattoos say a lot about you and your story and when the police have to identify the culprit of a crime they will also easily give you away. That's what happened to a Vacaville, California criminal genius Tyler Riggleman. See, Riggleman had a golden plan to get some easy money (maybe for more tattoos?): steal security cameras. The target: a chiropractor's office.

WILL BE: Steak Thief Makes a Run for it on Scooter

Now keep in mind that the cameras might be gone but the footage remains. So, considering your face will inevitably show up on the footage, you want a take a few measures to avoid being too obvious. Thankfully, Riggleman didn't entirely screw up and did remember to hide his face which he more or less successfully achieved by wearing a motorcycle helmet. So far so good.

Except Riggleman is also a tattoo enthusiast if the massive, butt-ugly tribal scribble on his left forearm is any indications. That, ladies and gents, is the next best thing to seeing a perp's entire face for the police. Riggleman was wearing a t-shirt and very prominently flashed his toddler doodle to the camera.

Considering the guy had already had run-ins with the police in the past, it didn't take too long for officers to find their thief and arrest him. you would think that when you have nine outstanding warrants to your name, you'd keep a low profile or at least take some extra precautions to keep under the radar. But not when you have a cool tattoo you want to show off!